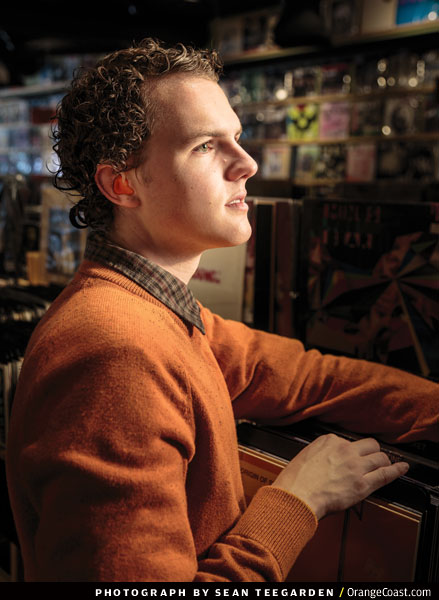 After making several shorts—including “Eleven Eleven,” which was shown at the 2011 Newport Beach Film Festival—Chapman underwent a profound change. Within hours of posting his story online, 14,000 comments poured in. The 25-year-old has been working his way through the history of music ever since, while setting his sights on new projects.

The Pepperdine film graduate hopes to start production this year on a semiautobiographical feature film called “Jester”; last November, director Ron Howard even tweeted in support of the project. Chapman, who was born profoundly deaf, is looking forward to creating the soundtrack.

“Before the hearings aids, I would leave the soundtrack up to others. With ‘Eleven Eleven’ we had a composer and I’d write him long emails explaining the emotional landscape and what I wanted. He’d write music and send it to me. Then I’d add it to the film and show people and watch their reactions to see if it was right.”

Chapman, who isn’t interested in cochlear implants, has worn hearing aids since he was a child and never dreamed that a new set would make much difference. But technology has advanced so much in recent years that the garbled buzzing his old devices transmitted has been replaced by a vastly superior spectrum of sound.

“With the old hearing aids, it was like if you blew up a tiny picture 100 times, and it was just a bunch of big pixels. I could see the color, but couldn’t really make out what the picture was anymore. Now I can see the whole picture.”

While he says he’s found good music in every genre, his favorites are classical and reggae. The worst song he’s heard so far? Carly Rae Jepsen’s “Call Me Maybe.”

“Before the new hearing aids, I would understand people by lip reading. It was about 90 percent lip reading and 10 percent whatever sounds I could hear. Now I can actually hear words clearly and it’s about 60/40.”

“Every time I hear a new word my brain has to process what it means. It’s like if someone was blind, and then they could suddenly see. If you handed them a book, they could see the words but they couldn’t read it. That’s also why I prefer classical music—no lyrics.”

As for his musical journey, Chapman says he still has a list of songs to listen to. “I always tell people to give me suggestions. I have a lot of catching up to do.”

For more with filmmaker Austin Chapman on adjusting to a hearing world, visit orangecoast.com/webexclusives.

Photograph by Sean Teegarden at Port of Sound Record Shoppe