The word “archives” conjures images of dusty shelving holding yellowing papers. But what about an archive of Duke Kahanamoku’s surfboards? Or Disney memorabilia? Or an original rivet from the Golden Gate Bridge given to Huell Howser? Orange County is home to archives containing these and other treasures that aren’t just historically significant but entertaining, too. We explored six of these repositories and talked to the folks who oversee them. Here’s what we found.

The Collection
More than 12,500 photos of historical O.C., below, some dating to the 19th century, are here. They include shots of downtowns, transportation, parades and other civic events, buildings, community leaders, and more. History enthusiast Ted Parker, the grandson of the company’s founder, initiated the acquisition of photo collections in the ’60s, some from local photo studios. In the years since, O.C. residents have donated many historical images.

What You Should Know
Appointments are required to view the photos, which are organized by city (there are 15 binders for Santa Ana, seven for Laguna Beach, and so on). Order copies for a fee.

The Caretaker
Company historian Bob Blankman is 94 and well-known to area researchers and authors; he has a small, efficient office within the corporate headquarters and keeps hours three days a week. He previously assisted his late wife, Barbara, a longtime First American employee, who was the company historian. He took over when she died in 2004. 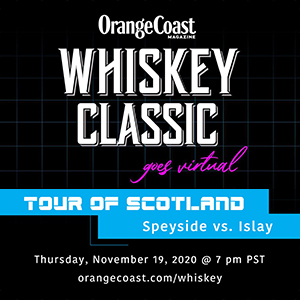