You might recognize these folks. Here’s what was said in the magazine way back when. 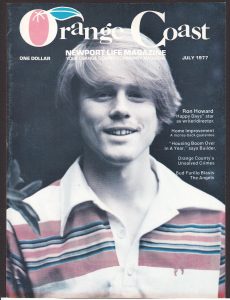 July 1977
Ron Howard
→ What does the future hold for this hardworking, level-headed, talented young man? … Hopefully, more directing assignments and probably, more writing. It doesn’t take much intuition, however, to realize that being behind the camera holds more allure for Ron than being in front of it, but at 23 it’s darn nice (and highly unusual) to have that kind of choice. August 1982
Arnold Schwarzenegger
→ “I always see myself first as a businessman, everything else is secondary. Bodybuilding, acting—I always end up on the business end. That’s what my mind always concentrates on—how to make a deal, how to invest money.” May 1994
Halle Berry
→ “For ‘The Flintstones,’ it was originally, ‘Can we make the character black?’ It always has to be a big production. Everybody has to decide it’s OK. They don’t just say, ‘Oh, she’s a good actress, we’ll take her.’ It’s always, ‘She’s black—is this going to affect the movie?’ ” 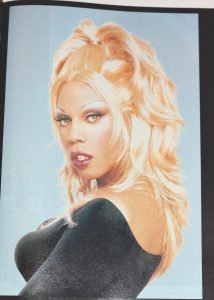 April 1996
RuPaul
→ “We all have that star quality down inside of us. I just think a lot of people have a sense of what they’re capable of, even when their emotional development isn’t ready to bring it out. I knew I was going to have to get out of my cocoon and just spread those wings and fly.” 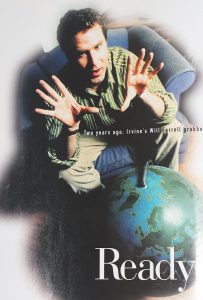 June 1997
Will Ferrell
→ “(Lorne Michaels) didn’t say, ‘Congratulations, you got the show.’ He just said, ‘Well, we’re going to bring you out, and we’re going to bring Cheri out, too, so at least you’ll know someone.’ And then halfway through I found myself thinking, ‘Wait a minute, I’m just nodding my head, I should be jumping for joy.’ So when we left, I said, ‘Ah, well, I’m going to shake your hand.’ ”