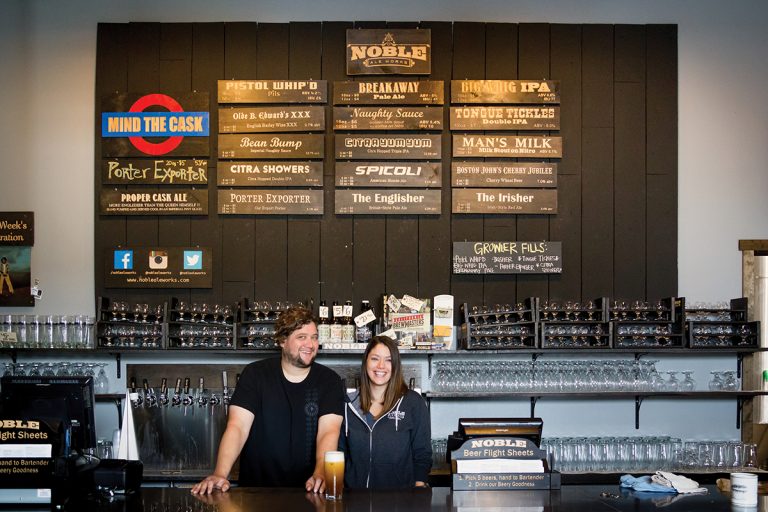 When Noble Ale Works head brewer Evan Price is excited, he shakes like Iggy Pop in an earthquake. But this lust for life is justified. Winning the Los Angeles IPA Festival two years in a row has put the real wild child in a league of his own. If hoppy IPAs aren’t your thing, Noble’s Naughty Sauce will have you thinking dirty thoughts about beer in no time. Brewed with Portola Coffee, the blond milk stout has a luscious, creamy cappuccino-like head. British expats will fancy the cask list above the bar; “More Englisher than the Queen himself” reads the wood-carved sign behind the two staffers above. After a recent trip to England, the brewers created a line of British pub ales that are ripe for session drinking. Only thing lacking? A proper dartboard.

HOP TIP Noble Ale Works is walking distance from Honda Center and Angel Stadium, so get a beer there before or after a game.