Cofounder and creative director of Bosscat Kitchen & Libations and Ten Sushi + Cocktail Bar, Leslie Nguyen oversees design and marketing efforts for six restaurants in O.C. and in Houston; both concepts are new at Lakeshore in Irvine. Her Miss Mini Donuts caters special events and private parties. Born in Louisiana and raised in Laguna Niguel, Nguyen began her hospitality career as a hostess, then server, then bartender, mostly at dives and biker bars; she briefly studied graphic design. In 2009, she opened the Daily Dose Sports Lounge in Irvine. The date tattooed on Nguyen’s shoulder—May 19, 2014—is when she got sober; the same month, she and business partner John Reed opened Bosscat in Newport Beach. If Nguyen’s restaurant-design ideas seem inspired, it’s because they are. They’re deeply personal, she tells Orange Coast. Consider the birdcages.

Orange Coast: The birdcages in the Whiskey Room at Bosscat in Orange are as beautiful as they are intriguing; presumably the whiskeys inside them are special, too. But you don’t just design, you implement. Are you completely hands-on?

Leslie Nguyen: Yes, I made the shelves that the bottles live on; I cut the wood, painted them, did the trim, threaded the wires to the lamps. … That room recalls a moment in my life that I enjoyed but was also very painful. That room is my heart and soul.

I was addicted to three things: alcohol, ecstasy, and love. As in ecstasy the drug. This is about being sober and it’s about heartbreak. I went through a troubling relationship. I was a prisoner to this person and kind of still am. I was in torturous pain. When we were building in Orange, I was trying to get free. I put the whiskey bottles in the cages to symbolize my addiction—it was about trapping my addiction and releasing my soul.

Being sober and designing whiskey rooms—to say that’s a dichotomy is an extreme understatement.

It is very ironic that we’re in the alcohol business. I’m sober, and my business partner is sober. Whiskey is still my addiction, right? Only now I’m addicted to the story. The bottles, the designs, the beauty of it. …  I made those little wood shelves, one per bottle, to honor them, to show the story of each bottle.

It’s way healthier. I’ve done the Kentucky Bourbon Trail sober. I’m obsessed with the history, the families, the wars … how two prominent whiskey families have distilleries right by each other. There are photos of the kids growing up together. Those are really cool.

So you know all about the whiskeys, but nothing about how they taste.

I used to drink bourbon … but no, not any new release, or Japanese whisky. … In those cases, I tell people, “You try it, and you tell me how it tastes.” Just because I have no self-control doesn’t mean that nobody else should enjoy.

But you know a certain percentage of the customers might have the same problems you had.

We don’t preach sobriety—but a few of our employees have become sober because of us. You can be a bartender and be sober—it is possible. Me, I need to be part of this industry to stay sober. If I worked at a 9-to-5 office job, I’d be like, “I gotta go have a drink.” I’m in this—it’s so much of my life that I’m OK; I’m good. 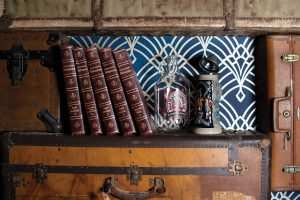 What about the ecstasy?

I miss that ultimate feeling, when the world is a cloud and you’re just loving everything. … Opening day, creating these restaurants, is the closest I get to that. A different type of endorphins and dopamine hits, but I am happy. I am loving everything.

How do you stay grounded?

My business partner, John, keeps me accountable. We made promises to each other, and I stick to those promises. I’ve had dreams where I’ve broken sobriety—I wake up in a panic. I never, ever want to let people down. I don’t want to let myself down. People say, “No one’s going to know, here, just do it.” I’m going to know I did it. To me, a promise is a lot—that word is bond.

With all you’re doing, what inspired you to start Miss Mini Donuts?

I started Miss Mini Donuts before Bosscat—nobody knows that; it’s a hidden fact. I stopped when we opened Bosscat. Later, I went through a horrible depression. I started again and got orders. I’d wake up, make doughnuts in the dark, and be crying. But I’d get notes: “Your doughnuts made our birthday magical.” One guy proposed with them. “She said yes; thank you so much.”

The doughnuts got you through the depression?

They saved my life. My little side passion project forced me to get up and get out of bed. And it’s growing.

The Irvine restaurants have an adjacent expanse of lawn. Any plans for that?

Big plans for the Park at Lakeshore. We want to do food and wine events here with other restaurants. The restaurant owners, we’re a community. Why not support each other? 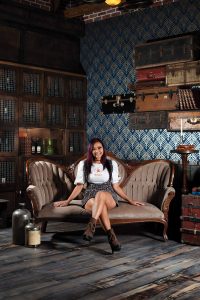 How have your design concepts evolved?

We want people to be able to walk in and say, “This is a Bosscat,” so we’ll always have the blue upholstery, the wood, and the brick. But our first whiskey room was a whiskey closet. It was like a life-size menu—you pick out your whiskeys, we serve them at your table. Then a light bulb went off. In Houston, we built a larger whiskey room where people could eat dinner. In Orange, we built a library with lockers, but people wanted to hang out and eat there, too. So in Irvine we built a bigger library. Now the whiskey room and library dining are signatures.

We didn’t create the first Ten. Originally it looked like a Vegas nightclub. We remodeled. There’s an art piece I love inside a restaurant in Huntington Beach, a machine gun shooting out butterflies—shoot peace out into the world, not violence, right? We’re using that same artist at the new Ten. … I want people to feel sexy when they walk in. There’s a lot of pink and a lot of black. Black like my soul, pink like my heart.

The two spots seem so opposite.

Ten is edgy and feminine; Bosscat is masculine and dapper. The ceilings at the new Bosscat are so high! I wanted to do my whiskey angels—sheerly dressed acrobatic ladies who dance as they descend from the ceiling then pour whiskey into your glass. The team said, “Let’s save that for Vegas.”

Maybe one day. First, there’s another in Texas. We’ll see.

The Orange Coast Whiskey Festival is Sept. 22 in front of the new Bosscat Kitchen + Libations at The Park @ Lakeshore Irvine.

Enjoy tastings of top-shelf whiskey and bites from some of Orange County’s best restaurants. Meet distillers and brand representatives. 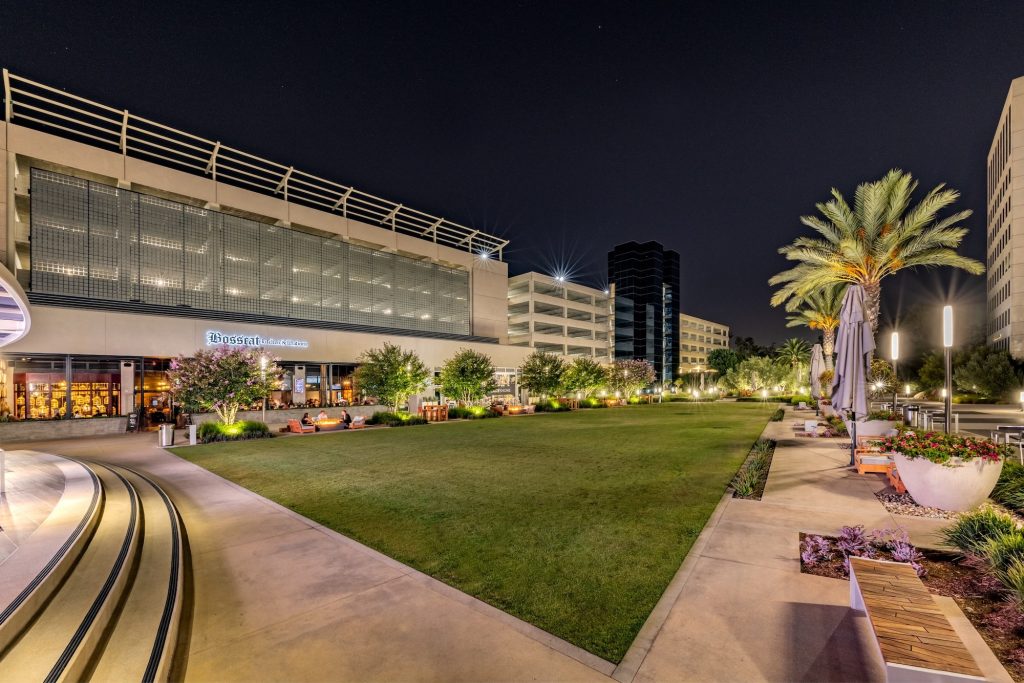