Vikki Shepp’s Orange County childhood included moves from Huntington Beach to Balboa Island to Seal Beach as a result of her parents’ divorce. “My mom did the smartest thing ever,” she says. “When she got remarried when I was 10, she called the local Girl Scouts council and said ‘We’re going to move. Can you put my daughter in camp with a girl from Seal Beach?’ ”

Though Shepp started with Girl Scouts in third grade so she could go to camp, she particularly appreciated the companionship in transitioning to a new city and new school. “It was a way for me to have an automatic group of friends entering fifth grade. That’s such an important year to feel stable. It cemented my love of Girl Scouts and that sisterhood.”

Shepp’s passion for the group is contagious as she talks, and her smile never fades. It also makes her a perfect fit as the CEO of Girl Scouts Orange County, a position she has held since January 2018. She’s upbeat and seems ready to jump out of her chair as she describes the organization. “You’ll have a hard time shutting me up, actually,” she says with a laugh.

At first glance, Girl Scouts seems a relic of another era. With groups such as Boy Scouts now open to all, and with more sports teams and STEM programs focused specifically for girls, is there still a place for an organization that began in 1912—before women could vote? Absolutely, Shepp says.

“The goal has always been the same. It’s always been about giving girls the opportunity to become leaders in whatever era they’re living in. When it started, that might have meant wearing pants. It looked different than when I was a girl in the ’70s. But it’s always about giving girls the opportunity to be in a very safe environment—to take risks, to learn how to lead, to learn how to go for the things that you want.”

Local girls seem to agree, as there are nearly 20,000 scouts in Orange County. Girls in grades kindergarten through 12 are building life skills, spending time outdoors, starting paths to entrepreneurship with cookie sales, and aiming for awards. The highest honor, the Girl Scout Gold Award, recognizes achievements of Scouts who create a sustainable project to look at an issue, discover its root cause, and find a solution that will continue after they move on. The honor can lead to college scholarships and a rise in rank in the U.S. military, and 107 O.C. girls earned it in 2018, typically working on their projects for a year or two. (See two local examples on these pages.)

Shepp herself earned the award—then called the Girl Scout First Class Award. “My project was around Gum Grove Park, a small park in Seal Beach. It was a weed lot when I was a kid. Mine was an environmental project. We cleaned it up, and I did some signage. It was a long time ago.”

She’s blown away by the variety and scope of projects the girls take on today. From international issues such as homelessness to starting local nonprofits that help kids appreciate science to groups targeting environmental concerns, the projects focus on whatever each girl is passionate about. Seeing the work and the girls in action is Shepp’s favorite part of her job. After a recent weekend when she attended four events in three days, she reports: “I can work forever now! I just get filled when I’m seeing what the girls are learning and doing. It’s life-giving for me. I don’t consider it a job.”

An event earlier this year called Girltopia illustrated what the future could be for the organization. The challenge was to imagine a great world for girls and try to create it. It made the girls think about how to make positive changes—maybe creating safe spaces for kids in schools or speaking out for injustices such as the wage gap. Whether someone becomes a CEO or the head of a family, Shepp says, we’re all involved in leadership and learning. “We hear about girls who are very shy and then, through the cookie program, learn to talk to adults and take rejection and all those skills that are important for success.”

The results are persuasive. Girl Scout alums display higher civic engagement, are more likely to hold college degrees, and have  higher household incomes—as much as $10,000 more per year—than other women, according to the Girl Scout Research Institute. These are facts the organization and Shepp are eager to shout from the rooftops to shift the perception of Girl Scouts from nice to necessary.

“Not only do girls gain so much out of it, but it transforms entire communities,” Shepp says. “We’re at 500,000 hours of service (per year in O.C.) to the communities. … I’m 100 percent sure that part of the impact we’re seeing in STEM in the past 10 years is our girls and the work we’ve done. I know because we’ve spent so much time on that issue.”

Ultimately, Shepp believes Girl Scouts can be a place to learn to fail and then get back up. It’s another support system, focusing on healthy relationships and other life skills.

“I tried all kinds of things. I failed, and then I found things I was good at,” she says. “I went to New York on my own representing Orange County between eighth and ninth grades. Back then, that was a big deal! We have girls going around the world now; these are opportunities that girls cannot get anywhere else.”

What is your Girl Scout history?

When I started at OCSA, I wanted to do more community outreach, and my friend was in the process of earning her Gold Award. I had an idea of what I would do as a project, and I thought that through Girl Scouts I would have the support to do it.

Tell us about your project.

I am in the acting conservatory and I am a member of the Cahuilla tribe, so I wanted to tackle Native representation in the arts. I found out that 84 percent of indigenous women experience violence and almost all cases go unreported in the national media. So I decided to focus on missing and murdered indigenous women, and I wrote a play called “Menil and Her Heart.” The story is about a young Cahuilla girl whose sister goes missing. We had a series of workshops attended by Native community members, and we performed at the Dorothy Ramon Learning Center in Banning. They have the play accessible to their patrons. I’m also going to submit it to Native Voices at the Autry Museum.

What impact has the project had on your community?

Native people have been subjected to historical trauma, and cultural revitalization is key to our healing. There is great importance in revitalizing traditional stories for our lives today. Our youth need to relearn these stories so we can continue on. This project opened my eyes to how much power you have when you write. You get to decide what stories are told.

What is your Girl Scout history?

I’ve been a Girl Scout since kindergarten, when we used to live in Wisconsin. When I was younger, it was (focused on) a lot of fun activities and understanding the role we play in our communities. Girl Scouts has the mantra of helping “girls become leaders.” In the last four or five years, it’s become clear to me what they mean by that.

Tell us about your project.

I learned that we have a lot of food waste in our school systems, so I wanted to put it to better use by donating it and helping solve the problem of food insecurity. We established the program at Tynes Elementary (in Placentia), which I attended in sixth grade, and we will expand it to more schools in the future. Food-service workers collect the unwanted food and take it to Waste Not OC, which is a nonprofit that donates to local food pantries.

What were some obstacles to your goal?

People had tried this before, but it was difficult because there are certain requirements for health and safety such as the temperature food needs to be kept at. You need school board approval. You need the food services department, the kitchen staff, the truck drivers to all be on board. Now that we’ve set it up, it doesn’t need me and can continue to operate and grow without me. 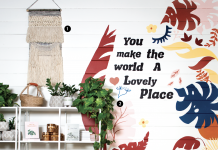