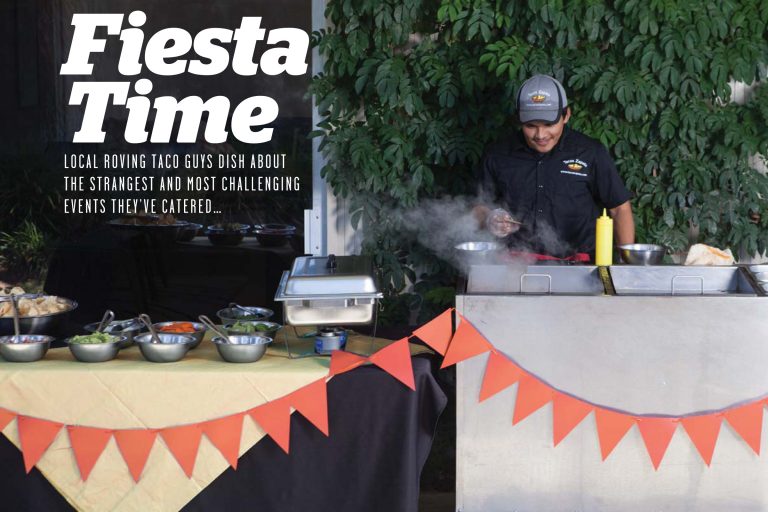 When you’re a seasoned taco guy, you never know what kind of event you’ll be asked to cater. Sure the birthday parties, family gatherings and corporate lunches make for the bulk of the business and what you see on a daily basis. Every once in a while, however, you might just end up signing up for something a little out-of-the box. Here’s a look at five local roving taco guys who dish about the strangest and most challenging events they’ve catered.

Tacolized
“I would have to say the strangest was a divorce party for a gentleman. They had strippers, little people as strippers, and blow-up dolls in the pool. The most challenging would be weddings and wedding rehearsals because it has to be coordinated and everything has to be exact.” —Felix Michel, tacolized.com

Rafael Penaloza Ortiz Taquero Profesional
“I got hired for a Halloween party. Everyone was dressed up, and the hosts wanted us to get dressed up. We had to refuse the offer although it would’ve been great, but it would be difficult to be close to fire with any type of costumes.” —Rafael Ortiz, 949-515-4972

Soho Taco
“An adult toy manufacturing company—they were absolutely wonderful. Let’s just say not all the gratuity they gave that day was in cash. They gave us a huge box of items we weren’t sure how to divvy up with the crew.” —Rico Revilla, sohotaco.com

Borracho Tacos
“On top of a helicopter pad—an event for a company called Helistream, a helicopter charter service. The helicopters were absolutely gorgeous! The entire time we were there, helicopters were leaving and arriving. They were also being cleaned, and you could see your full reflection on each and every one of them.” —Jill Liranza, borrachotacos.com

Tacos Zapata
“The strangest party was an Amish-themed party. Everyone was dressed up. We went out to Yucca Valley—it was the first time we’d been out there. They had a DJ and drank a lot. And the way some of these people were dancing …” —Edgar Cuevas, tacoszapata.com