Hahn is quick to refer to his bandmates, whom he has known since age 13, as family. “Maybe that’s a little cheesy, but who has friends/business partners that they’ve known for more than half their lives and somehow still get along and care about each other?”

Known for its three-part vocal harmonies, the band has been compared to artists such as Fleet Foxes and Grizzly Bear. Hahn describes the latest album as an attempt to broaden the band’s sound without betraying fans. “We’ve tried to push it a little bit, but I think it will always have this feeling of five humans playing music with each other instead of just one person on a computer.”

Hahn says one of his favorite things to do is meet fans in the parking lots after shows. “We get to hear some cool stories about people having played a song at their wedding or (how) a certain song got them through a hard time. It’s important to realize music does have a certain power that cuts through a lot of other noise in life and is able to reach across a lot of divides.”

After 12 years, Hahn says one of the biggest challenges the bandmates have faced is focusing on the reasons they started the band in the first place: being friends, having fun, and making music. “That’s actually really hard for a lot of bands. A lot of bands end up not liking each other at the end of the day. This album was about realizing how thankful and fortunate we are to be doing this. We talked a lot about, where do you find your shelter amongst all the craziness of life? We realized this band, in a lot of ways, is that for us.”

Local Natives returned to O.C. for the first time in eight years on their latest tour. “We grew up playing at every venue in Orange County, and we owe so much to Orange County because it was where we learned about music, saw our first shows, got together as a band. We’re an Orange County band.” 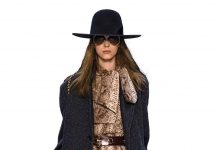 Finds: Here are Some Ways to be Pretty in Python 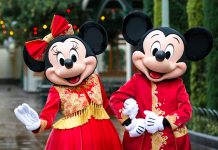 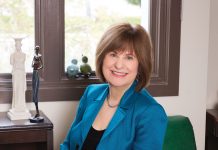