Galley Cafe
Jeff “Yoki” Yokoyama, owner of Yoki Shop
“I have four kids, and they were all born at Hoag Hospital in Newport Beach. I remember going to Galley Cafe after I had my first baby, Coco, 30 years ago. After my wife delivered her, it was in the morning and I was like, ‘Oh, gosh, I got to get out of here and get something to eat.’ So I jumped in the car and went to the Galley that’s down on Harbor Island Drive, and the owners Eddie and Myrtle were still alive and I actually had a Coors beer for breakfast with one of their famous chili-cheese omelets.”

Segerstrom High School Field
Izzy Battres, HGTV star, Battres Construction owner
“For my son’s senior year homecoming, his high school, Calvary Chapel, had all the senior (football players) and their families walk the field at Segerstrom High School. The lights were bright, the air was kind of brisk, you could smell the field, and as we’re walking with him toward the 50-yard line, they were announcing some of his favorite things as a kid and what he’s going to do after high school.”

Noche de Altares
Lucy Santana-Ornelas, CEO of Girls Inc.
“I’m first-generation Mexican American and was born and raised in Orange County. Staying in touch with my culture is important to me, and one of the fondest memories I have is every year for the last 10 years I’ve been able to share the Dia de los Muertos celebration in Santa Ana with my family, specifically my daughter. Part of that tradition is building out altars to pay tribute to people who are deceased. The school she goes to does an altar. As part of it she took a picture of her grandfather who passed away. When I think about being part of the fabric of Orange County and being proud of living here, I think that that (event is) part of it.”

Fashion Island koi pond
Sheena Yaitanes, owner of Kosas cosmetics
“My favorite memory that I always think about and talk about was when my little brother was 5 years old and I was 9 and we were at Fashion Island visiting my mom, who worked at Robinsons-May, and he fell in the koi pond. It was totally the worst thing that has happened to him. It was so embarrassing. He was soaking wet, and there was nothing he could do. I have a daughter who is 5 now, and she would be devastated if she fell in the koi pond.”

H.B. Pier Ruby’s
Ría Safford, owner of RiOrganize
“Growing up (I’d go to Ruby’s on the Huntington Beach Pier) with my grandpa, and those would be my special days with him. The pier hasn’t always been concrete—there were wood slats, so we would play a game where we’d try to step over all the cracks. He taught me how to eat a pancake like a taco. We’d put syrup and butter in it and roll it up and never use silverware.”

Pacific Electric Bicycle Trail
Marytza K. Rubio, founder of Makara Center for the Arts
“I grew up down the street from the Pacific Electric Bicycle Trail in Santa Ana, and it remains one of my favorite places in Orange County. When I was a kid, our family dog was always a chow chow. When we went on walks, everyone would comment on how much the dog looked like a lion or a bear. Now that I’ve moved back to my old neighborhood, I take walks with my husband and we see our neighbors, greet friendly dogs, and sometimes catch someone’s chickens digging for grubs on the trail’s grassy lawns.”

WISE Place
Jennifer Warnes, Grammy Award-winning singer and three-time Academy Award winner for Best Original Song
“WISE Place is a women’s shelter in Santa Ana, formerly a YWCA. The gymnasium has a special meaning for me. In 1961 at a Festival of Nations, a 27-year-old poet named Leonard Cohen—representing Israel—recited his poetry on the gymnasium stage accompanied by the prayers of Cantor Goldstein. I was on the program also, representing the U.S. with a George M. Cohan medley.”

Angel Stadium
Max Schlutz, chef-owner of Sessions West Coast Deli
“Growing up, my fondest memories were with my grandfather, Ambrose. He was a huge California Angels fan and he started taking me to games at Anaheim Stadium at age 4, making me a fan for life. Even before my son, Asher Ambrose, was born, I had dreamed of one day sharing the magic of watching a baseball game in this stadium and everything that comes along with it with him. Now that he’s 2 and we have shared a handful of games together at Angel Stadium, it’s definitely my happy place, a dream come true, really.” 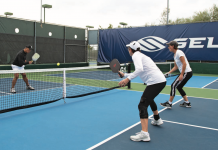 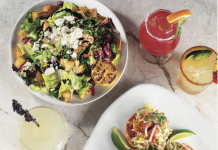 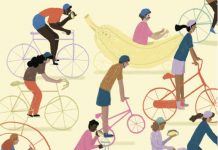 Rituals: Shifting Their Focus with the SoCal Klunkers