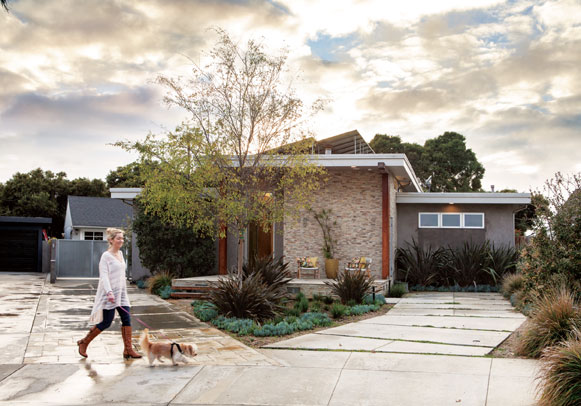 This updated neighborhood doesn’t have to try hard to be interesting, original, surprising, and modern—it just is. Take the mile-long stretch of strip malls along 17th Street, between Newport Boulevard and Irvine Avenue, the heart of the renaissance. Foodies come for the Instagram-worthy Aussie-style meat pies at PieNot, coconut French toast at Plums Café, and braised pork panini at Pitfire Artisan Pizza. And that’s just the Ps. Other homegrown restaurants and shops tip toward lean-and-clean fare, such as the casual Jan’s Health Bar. Plus it’s the birthplace of Mother’s Market & Kitchen. The youthful, health-conscious feel is embedded in the city’s DNA. It’s the headquarters of surf giant Hurley and the former home of Quiksilver. So it’s not surprising that 17th Street has Two Wheels One Planet and Surf City Cyclery bike shops, plus stationary-bike, yoga, and ballet-barre exercise studios. And all within walking and biking distance of the modest, post-WWII homes that young families have renovated. Restaurateur Kim Jorgenson, who opened Plums in 1990, when 17th Street was “empty, empty, empty,” says she welcomes the change: “Competition is good in any form. It makes you better.”

COMING ATTRACTION
The two-year, $25 million renovation of The Triangle nearby is almost complete. Look for Tavern Bowl to open in coming months.

For our map of Orange County neighborhoods, click here.