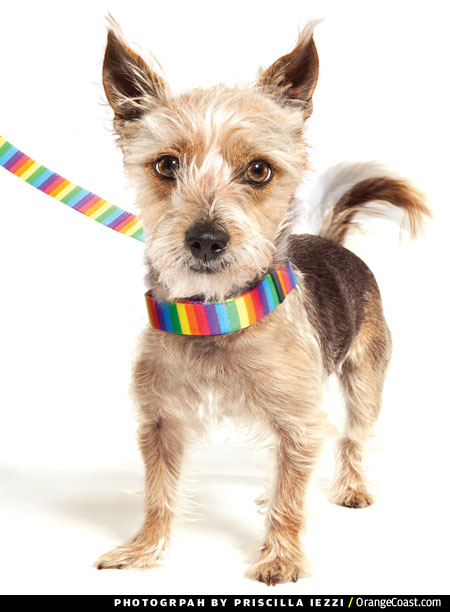 I was at my home computer scrolling through the staggering cross-section of humanity on a website called Meetup. Since relocating to Laguna Niguel a few months ago, I’d successfully mined the social-connection site for fellow soccer players interested in weekly pickup games. But while doing so, I stumbled upon what may be the most perfect spot from which to survey the curious breadth and depth of modern Orange County.

“There’s a group called Orange County Lesbian Cairn Terrier Owners,” I called to my wife, an avid dog walker who also was trying to connect. “Three members. They meet once a week in Yorba Linda.”

Not quite right, we agreed.

“Anything else interesting?” she asked.

The science is pretty solid: Humans are social creatures. We clump together in small, or sometimes massive, affinity groups with others who like the things we do—Catholics, Muslims, and Jews; fans of Springsteen, Eminem, and Lady Gaga; brand loyalists of Coke, Pepsi, and Dr Pepper; hunters, birdwatchers, vegans; devotees of Bill Maher, Pat Robertson, Rachel Maddow, and Rush Limbaugh. The lines are permeable—somewhere out there, I’m sure there’s a Muslim Limbaugh fan who supports animal rights—but the lines are also pretty reliable. If there are two like-minded souls, there’s a good chance they now can find each another, thanks to social connection sites.

I’m not entirely sure this is a good thing. I’ve spent most of my life seeking out people who aren’t like me, because through them I learn more about the world. Today, some of my most interesting friendships are with ranchers, doctors, and mechanics; swimmers, physicists, and ideologues from both the left and right; cops, cons, and at least three artists who make an enviable living painting ducks. True, the two dozen guys on my regular soccer club came together because of a shared passion for the sport, but I take endless pride in the fact that, at one point, our roster included players from 11 countries of origin.

I’ll reserve judgment on the long-term sociological impacts of narrowcasting for friends, because, like the pope, who am I to judge? I just know that belatedly discovering Meetup was like stumbling into an unseen world that has been operating, day and night, somewhere just off my radar screen for the past 10 years.

So, who’s out there, and what do they do in their spare time? Here’s a quick sampling of observations from my Meetup explorations, offered without judgment:

The Orange County Pagans have met 322 times since the group was founded in December 2002. Their organizer is MistressPrime, and their Meetup page says the 190 members are all about pagan and Wiccan fellowship, Earth-based spirituality, witches, druids, and the occult. Of note: They’re being out-recruited by the Orange County Witches group, which boasts 233 members. Also of note: MistressPrime turns up as the organizer of The Orange County Pirates Meetup Group, “a place fer ye pirate history enthusiasts and historical re-enactors to swap stories of high-seas adventures and boast about yer booty.”

The Orange County Ladies’ Social Club, founded in March 2013, has only seven members. Its Meetup page describes the group as a “perfect destination for happy, affluent, stay-at-home wives (aged 21 to 35) seeking to form true and lasting friendships with … Ivy League alumni, consultants, writers, philanthropists, socialites, housewives, and ladies who lunch.” Only “mature, honest, moral, ethical, upstanding, law-abiding, biological female residents of Orange County” need apply. Fair warning: The vetting process for prospective members requires a photo, a background check, and access to social networking accounts such as Facebook, Twitter, and LinkedIn. In addition, a meet-and-greet phone call or videoconference may be required of applicants, who should not be “overly dogmatic about restrictive religious, political, or ultramodern feminist views.” Finally: “We will not waste our valuable time, energy, and resources, or soil our reputations by associating with convicted criminals or immoral, unethical people.” Its organizer closed an email to me “Impeccably yours,” and I still can’t tell if she was serious.

The Dana Point-based Beach Cities Scooter Club, by contrast, has cast a much wider membership net since its founding in 2008. “We don’t disenfranchise scooterists because of their ride (i.e., CVs versus ‘shifters’; Asian versus Italian, etc.), nor do we arbitrarily limit the number of riders at a Meetup event,” assures reigning Scootermeister Alan Spears. “Everyone is welcome to join, and ride, regardless of displacement, make, or model. Hell, you needn’t even be in the 949 area code!”

The Orange County Fiberistas is a 107-member crochet and knitting group founded in 2007 and “open to all yarn lovers” in the O.C. area. The group’s welcome page says “We are an open community, interested in spreading the joy of all fiber-related addictions,” which seems like a pretty straightforward focus compared to the 39-member Tustin-based Real Bunco Babes of Orange County, which describes its members as women over 30 who want to make friends, have fun, and play Bunco, although, curiously, the group’s introductory message mentions wine and potlucks as prominently as it does Bunco.

There’s a purity to that, actually, and a pattern. Because as with my soccer team of delusional old men, it’s not really about soccer. It’s about connecting; there just aren’t that many excuses for men my age to hang out together. Most of us pursue personal obsessions because they help us feel part of something bigger than ourselves. Soccer, or Bunco, or yarn, or scooters, or witchcraft—they’re all just means to an end in Orange County, where just about everyone is electronically connected to just about everyone else, while seemingly starved for real companionship.

If there’s a bottom to the county’s deep well of niches, I haven’t yet found it. The Orange County I see on Meetup is like a Russian nesting doll—one discovery simply leads to another, on and on, into a seemingly infinite pool of ever-more-intriguing subatomic clusters. The 21 goddesses of the Goddess Temple of Orange County have a Meetup group, as do the county’s Poles, Canadians, and Boston terrier lovers. Scuba divers? You’ll find them topside on the second Wednesday of every month, at the Fuddrucker’s in Lake Forest. (Motto: “Dive. Rinse. Repeat.”)

I’m glad technology has made it easier for us to connect. But I’m just as thrilled by the chance to peek into those unfamiliar worlds, if only from a distance. The ability to experience such a wide and fascinating swath of our species reminds me that the place where we live is as interesting as anywhere else on the planet, and how lucky we are that it’s all close enough to touch.