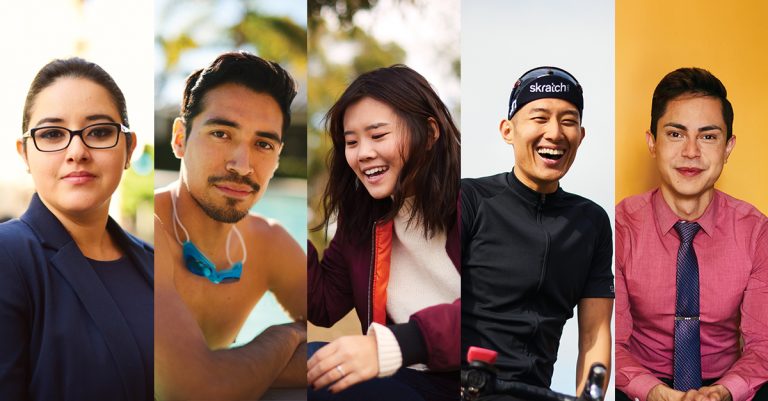 A generation of young, undocumented immigrants has benefited from the Deferred Action for Childhood Arrivals (DACA) program, an immigration policy instituted in 2012. On top of a two-year renewable work permit and deferment from deportation, DACA recipients also have been able to apply for driver’s licenses, get health care benefits through employment, and pay taxes.

To receive protections under DACA, recipients had to prove they arrived in the U.S. before their 16th birthday and were current students or high school graduates—among other requirements. Recipients also had to go through a background check and pay a $495 application fee.

In September, the Trump administration ended the program, saying no new requests for DACA would be considered and only those whose DACA status expired before March 5 would be allowed to renew. Congress has been urged to pass The Development, Relief, and Education for Alien Minors (DREAM) Act, a permanent legislative solution that would keep DACA recipients protected. Until then, many recipients are in limbo.

“This is very real for many people,” said Luis F. Gomez, a DACA recipient in Anaheim who was able to renew his permit before the March cutoff. “The day work permits will expire has been looming on the horizon. It’s coming and it’s happening, and we have to do something about it.”

An estimated 31,300 DACA recipients live in Orange County’s congressional districts, according to the USC Center for the Study of Immigrant Integration, and an estimated 53,400 immigrants are eligible. From a psychology student at UC Irvine to an immigration resources specialist in Santa Ana, these people represent the experiences, concerns, and hopes of many DACA recipients here. The Anaheim resident and UC Irvine alum runs
a monthly immigration clinic at the LGBT Center OC in Santa Ana. Through his work, Gomez has been able to connect many community members to legal representation and immigration relief for free or at a low cost.

“We connected a boy who fled Honduras because of anti-LGBT violence with the Legal Aid Society, and they were able to take his case for free.”

Gomez also works to advance legislation to protect all immigrants, not just DACA recipients. He has participated in and given speeches at marches, rallies, legislative visits, and press conferences.

“I think an important part of policy advocacy
is definitely sharing stories. There’s a sense
of vulnerability when it comes to that because you’re being very public. In my case, it’s not just my immigration status, but my LGBT status. I’ve had to come out of the closet twice. By sharing my story, I’m raising awareness about members of this community who I’d like to say are very ‘passable.’ We use that term in the LGBT community when we refer to someone as passable as straight or cisgender. In many ways, DACA recipients can be passable as U.S. citizens just because we have grown up here. We have gone to school here.”

Gomez was able to renew his DACA status last year. “I’m thankful that I get to be here for a couple of years. When I received my letter of approval, the language was more rigid. It was very eye‑opening because that was it. As of right now, we’re not going to be able to apply in two years. What am I going to do then?” Park is studying psychology at UC Irvine and will graduate this year. She is also a program and outreach coordinator at the UCI DREAM Center, an on-campus resource for undocumented students.

“I’m looking into going to grad school and hopefully going into higher administration at a college campus. I want to fight for students who are underrepresented. There will always be undocumented students.
I want them to know that there is a way to cope with it and that there are resources.”

As a high school student applying for college and realizing she could not apply for financial aid because of her status,
Park faced challenges with her identity. “I consider myself a Korean-American because I associate with the
culture and I’ve assimilated to it. Because of that one paper, I’m not an American anymore. I don’t have the option of being American.
I kept questioning. …
Why am I going to college? Even after I get my degree, who’s going to hire me? Everyone’s going to look down on me.”

Park is married and lives in Irvine with her husband. “I am pretty spontaneous. My husband and I just adopted a puppy. That has been the focus the past few months. He’s an Australian shepherd mix. He’s great.”

Park is in the process of adjusting her status through marriage. However, there’s a chance she might not be able to work for a time if she doesn’t receive her temporary work permit before her DACA protections expire. Kim studied kinesiology at Cal State Fullerton and works as the membership development manager at the Korean Resource Center (KRC) in Buena Park and Los Angeles.

Due to his status, Kim could not afford to pay for college once he finished high school. Before 2011, undocumented students could not apply for state‑funded financial aid under the California DREAM Act. “I had to give up. I had to find a job just to survive. I worked double, triple jobs: dishwasher, delivery man, nightclub valet, construction painter, waiter. … I think I’ve done most of the work out there.”

In 2007, he applied to Cypress College. California’s Assembly Bill 540 allows undocumented students to pay in-state tuition. But the college did not allow Kim to enroll in classes without an international student visa. He sought assistance from KRC to issue a demand letter with potential litigation to the North Orange County Community College District. After a back-and-forth correspondence, the school eventually conceded that it was acting against the law. He was able to enroll the following year, and later transferred to Cal State Fullerton.

In 2016, Kim completed a bike tour from Washington, D.C., to Idaho. “I’ve always loved sports, especially biking. After I received DACA in 2012, I wanted to utilize the benefits as much as possible. I wanted to travel and see the countryside. I met a lot of cowboys, miners,
and ranchers. Some of them even let me stay
at their houses overnight.”

Last year, Kim traveled to Washington, D.C., to urge members of Congress to co-sponsor The DREAM Act. “We wanted Congress to pass a clean DREAM Act by the end of the year. It’s a legislative solution that will protect undocumented youth and young adults. Passing it should be our main focus.” Martinez is a graduate of Western State College of Law in Irvine and now works at the Immigrant Defenders Law Center in Los Angeles, an organization that helps unaccompanied minors get connected to legal representation.

“I knew that I wanted to be an attorney since
I was 9. When my brother and I came to the U.S., we had to go to court because we were caught crossing. When you’re a 9-year-old, you don’t think about breaking the law. We were separated from my mother. All we were thinking about was reuniting with her. We had to cross three countries to get to her. Many days, I thought I was going to die because we would go without food for days. I just kept pushing because I knew I had
to get back to my mom.”

At Western State, Martinez excelled. She was awarded the Best Oralist award her first year and the Outstanding Student award when she graduated. When the DACA program was announced, she helped her family and friends
fill out their applications.

Her DACA expires in March of 2019, and Martinez is working to support The DREAM Act. “I want to have hope and faith. We need to pressure them
to do something. We can’t just sit down and wait.
I think that something is going to pass. And I think this time is different from the other times The DREAM Act has been introduced. There is a light on us already. There are people sharing our stories and becoming more aware of it.” A Laguna Beach resident, Torres has lived in Orange County for most of his life. He works at Anyone Home Inc., a property management company in Lake Forest, and hopes to pursue a nursing career.

“I grew up in Tustin. That’s my town. I’ve loved living out here. It’s my place.”

Growing up, Torres took an interest in swimming and joined the swim and water polo teams at Tustin High School. He also swam for the year-round competitive swim team Socal Aquatics. “I learned the basics and got all my strokes down at the Australian Swim School in Santa Ana. When I was younger, I didn’t have any worries about getting deported or losing my work permit. Swimming was just enjoyable for me. Now, I work out and swim because it’s relaxing. It does help me escape everything.”

Torres also volunteers
at the LGBT Center OC.
He helps with applications and interpreting and translating information. Torres believes the immigrant community has never been more united. “We keep each other updated on the latest news and information. There are also many politicians and public figures who stand with us. It has allowed us
to stick together and to fight this.