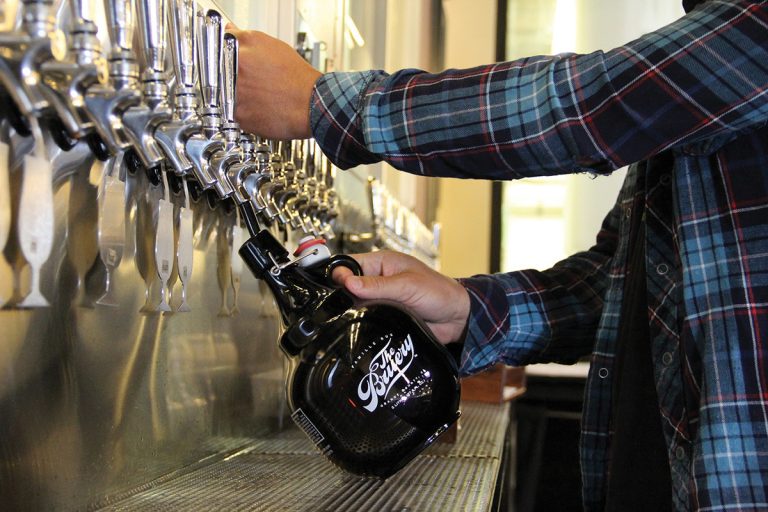 I’ve gotten into several arguments with my wife, thanks to The Bruery. “Where’re ya’ headed?” “The Bruery.” “Which brewery?” “The BRUUUUU-AIRY DAMMIT!” It’s a good thing Patrick Rue’s beers are halfway decent (kidding, most are spectacular). Specializing in Belgian-style ales, the Placentia-based brewery has unleashed its line of sour, barrel-aged, and funky beers to more than half the nation. Much of it is great for first-time beer drinkers or wine converts who consider IPAs “too bitter.” Beers such as Mischief, a hoppy golden strong ale, or its Belgian table beer, Jardinier, are especially food-friendly. Saison Rue, a Belgian-French-style farmhouse ale fermented with a wild yeast strain called Brettanomyces (or Brett), is especially complex. Brett-fermented beers can be rustic and fruity, with notes of “petting zoo.” Like an earthy goat cheese, brews such as Saison Rue might need time to grow on you.

HOP TIP The Bruery will launch its all-farmhouse beer brand called Bruery Terreux in 2015, with 100 percent focus on sours, and beers brewed with wild yeast.