The Laguna Playhouse is founded. Plays are performed in private homes.

The first full production, “Suppressed Desires” by Susan Glaspell, is presented in an old vulcanizing shop.

The Playhouse closes for the first time to temporarily house USO soldiers during WWII. 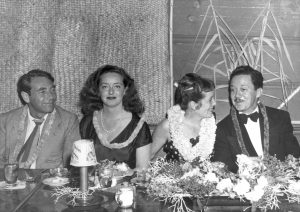 The Playhouse is rented for many summers to independent producers of summer stock, featuring stars such as Nanette Fabray and Roddy MacDowell, and future stars such as Barbara Eden and Marlo Thomas. Bette Davis and Barry Sullivan perform in a one-night fundraiser for Laguna Playhouse (1960).

The first season of South Coast Repertory is presented at The Laguna Playhouse. 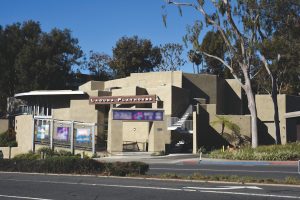 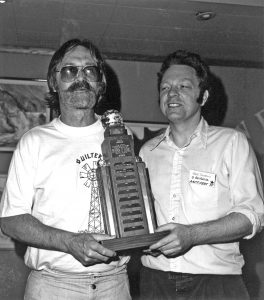 The production of “Quilters” wins the Regional American Association of Community Theatre Finals, directed by Laguna Beach’s own Teri Ralston.

After a smash-hit run and revival, the Playhouse’s West Coast premiere production of “I Love You, You’re Perfect, Now Change” transfers to a commercial run in Los Angeles.

The Playhouse’s critically acclaimed production of “The Last Session” transfers to a commercial run in Los Angeles. 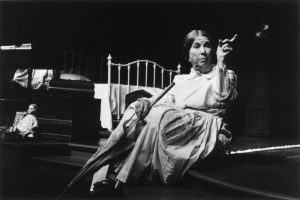 The Playhouse produces Julie Harris’ “The Belle of Amherst” and tours it nationally to 18 cities.

The Playhouse is the first professional resident theater licensed to produce the Tony Award-winning play “Copenhagen,” and tours it nationally to 24 cities.

World premiere of Gretchen Cryer in “I’m Still Getting My Act Together,” produced by Jon Cryer

Rita Rudner and Charles Shaughnessy star in the U.S. premiere of “Act 3.” 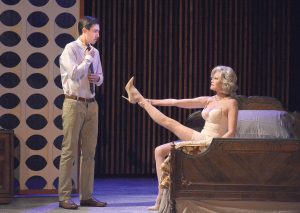 Melanie Griffith stars in “The Graduate.”

The Playhouse closes its doors for the first time since WWII because of COVID-19, halting a box office record-breaking run of “Barefoot in the Park” starring Rita Rudner.

The Playhouse returns to live theater after a 19-month break with a revival of “Sh-Boom: Life Could Be a Dream.” 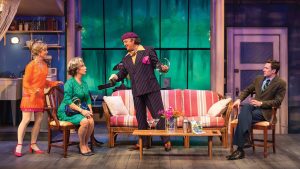