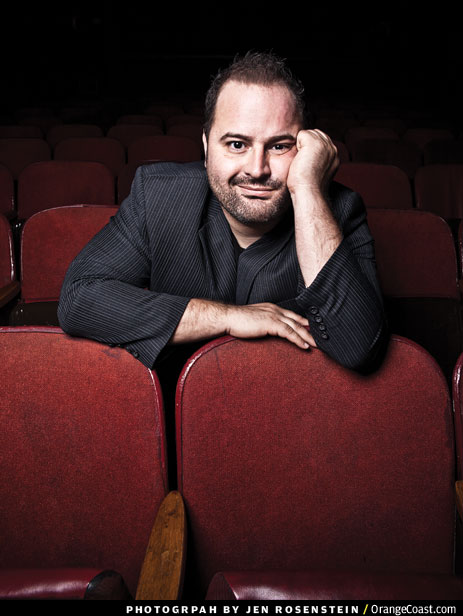 This month marks the opening of The Frida Cinema, an independent two-screen movie house in downtown Santa Ana’s East End neighborhood. Its founder and executive director is 38-year-old Crow, a lifelong film buff who got his start in the business by creating a Myspace page that tracked the schedules of L.A.’s independent theaters. Crow then launched the nonprofit Long Beach Cinematheque and offered outdoor screenings, film fundraisers, and obscure celluloid gems, most of which he’ll also do in Santa Ana. Here’s a sneak peek at The Frida’s coming attractions.

Why Santa Ana?
Downtown Santa Ana is an incredible community. I know Jeff Hall, who owns Chapter One restaurant there, and he’s friends with the theater’s property owner, Ryan Chase. Jeff told him about what we do, and Ryan emailed me.

What will The Frida offer?
The model is art house cinemas, where programming varies. One day you’ll see a classic, then come back the next and see a student film, poetry slam, or science-fiction film festival. We’ll do what we’ve done in Long Beach. We’ve done classics, we’ve had filmmakers come out, and events where musicians perform live scores. We do educational series, such as our Watch This Book series with local libraries. I’m a big believer in the win-win: We might sell 40 tickets to “The Bad News Bears” on a Sunday, or partner with a youth baseball league on a fundraiser and sell 200 tickets.

Why are indie theaters so important?
There are thousands of films dying to be shown, and the number of venues is getting smaller. I’ve talked to filmmakers who have a hard time finding a theater, or, if they do, it’s ultra-expensive, or the new “Spiderman” movie is coming in next week. To have a theater that doesn’t have to deal with that is a dream.