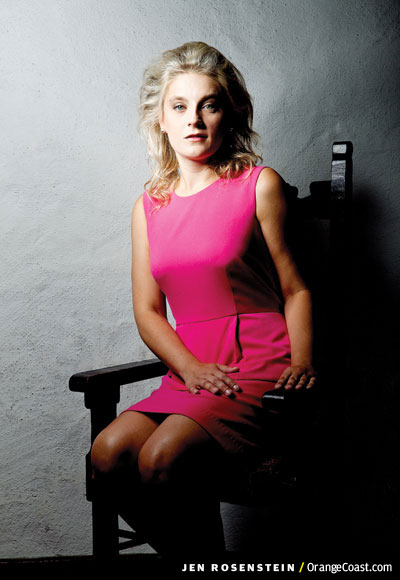 She has traveled the world as a concert pianist, but Schmitz considers herself “… a citizen artist. I care what happens in the arts beyond me.” So Schmitz—who studied music and government at Harvard and earned a master’s degree in cultural policy from Oxford University—invests her time and energy cultivating the arts close to home. The 30-year-old Dana Point resident is artistic and executive director of the Dana Point Symphony, and serves on the city’s Arts and Culture Commission. In July, she took on an additional leadership role, becoming executive director of Casa Romantica Cultural Center and Gardens in San Clemente.

Why did you want this new job?
Casa Romantica is one of the most beautiful places on the coast, and there’s a lot of history because it was the home of Ole Hanson, the founder of San Clemente. I always thought it was a hidden jewel with potential.

What kinds of programming are you planning?
We’ll have an expanded Casa Kids program with music, visual arts, theater, and environmental studies. There will be a health, wellness, and gardening series. Our music series is going to include classical, jazz, and fusion. We’ll also have interdisciplinary performances with dance and visual arts exhibitions, and we’ll continue to have art openings.

You recently completed a fellowship at the Kennedy Center in Washington, D.C. What was that like?
Ten fellows came for executive training in arts management. Kennedy Center President Michael Kaiser taught classes. I did rotations with the National Symphony Orchestra and the Washington National Opera. It took us through every aspect of running a cultural center—marketing, development, finance—at a very professional level.