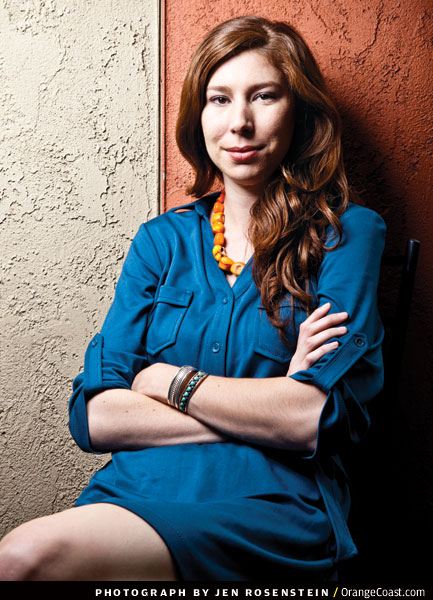 In high school, Neuss played classical piano and viola, and as an undergrad at UC Berkeley she studied theater and literature, and participated in a student theater group. So it’s not surprising the 27-year-old Laguna Niguel resident chose a career in the arts. “There are a lot of fantastic organizations that have huge staffs, but I wanted to find a smaller one with an exciting vision where I could make a difference.” She found what she was looking for in the Laguna Beach Music Festival.

Who will be appearing at this year’s festival?
We have Jeffrey Kahane, music director of the Los Angeles Chamber Orchestra. His son, Gabriel, is our guest artistic director. Gabriel is bringing in yMusic, a sextet from the Brooklyn indie scene. We also have the Linden String Quartet, a strong group of young musicians emerging in the classical music scene.

What’s the draw for younger music lovers?
YMusic has unique compositions and a track record of playing with some of the biggest names in indie music, such as Bon Iver and The National. Gabriel is pioneering a new type of song-writing …the music from his new song cycle, “25 Addresses in Los Angeles,” is premiering at the festival. He’ll also hold a workshop for young musicians at Sage Hill School. All concerts are offered at a discounted rate to attendees younger than 25.

Do you have time to practice music?
I usually play the piano every day, and the viola occasionally. Though I’m classically trained, I like to have parties and jam sessions where everyone can participate, whether singing or bringing instruments. Music brings people together and it definitely functions that way in my life outside of work.