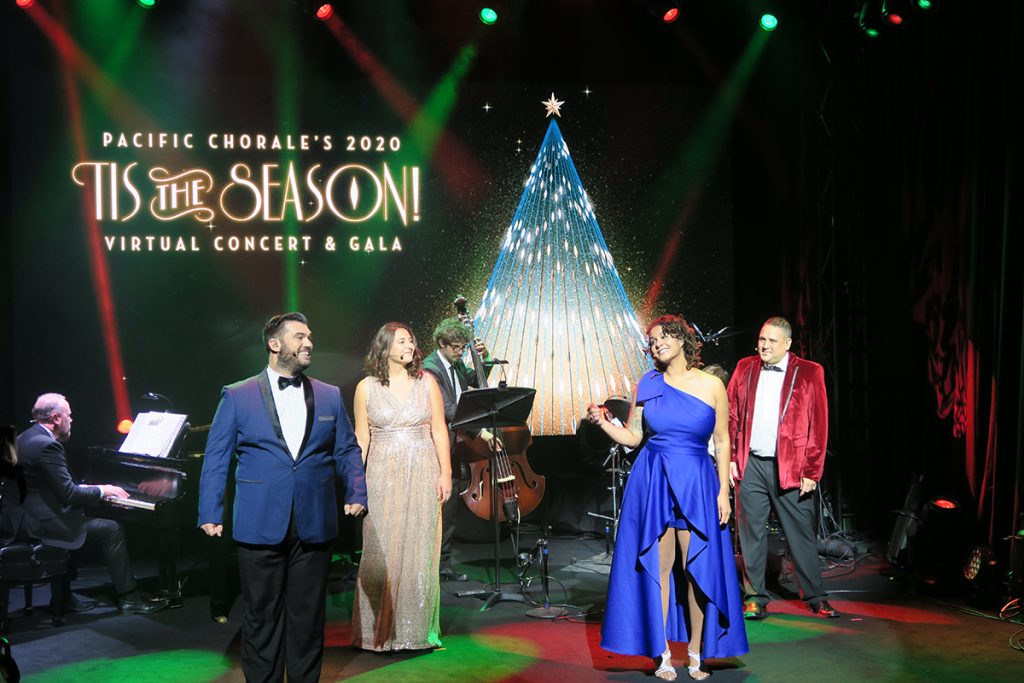 Costa Mesa, CA – On December 3, 2020 at 5:00 p.m. PST, Pacific Chorale will bring its perennially popular Tis the Season! holiday concert to online audiences for the first time. In the expectation of continuing restrictions on in-person gatherings and performances due to the COVID-19 pandemic, Artistic Director Robert Istad has assembled a program of cabaret-style offerings featuring individual singers from the Chorale intermixed with “virtual choir” selections, in which members of the larger Chorale membership record their individual vocal performances at home, to be edited together into one composite performance. The program will also include guest performances by the Southern California Children’s Chorus and the students of Pacific Chorale’s new Academy @Home online music education program. The virtual program is being produced by Greg Christy of Brite Ideas of Rancho Santa Margarita, who has produced stunning live and virtual events for clients such as Segerstrom Center for the Arts, Paramount Pictures, Warner Brothers, Audi, and BMW. Pacific Chorale’s virtual choir selections are being prepared by Washington D.C. based Arts Laureate.

Pacific Chorale’s Artistic Director, Robert Istad, shares, “The holiday season is inextricably linked with memories of wonderful times with my family and friends. As I assembled the program, I hoped to inspire you to recall the moment you discovered the beauty of Ella Fitzgerald’s and Bing Crosby’s recordings, singing by candlelight with your family on Christmas Eve, and unbridled laughter around a shared table. Most importantly, Pacific Chorale and I hope you’ll feel the love and warmth of those moments in your hearts.” 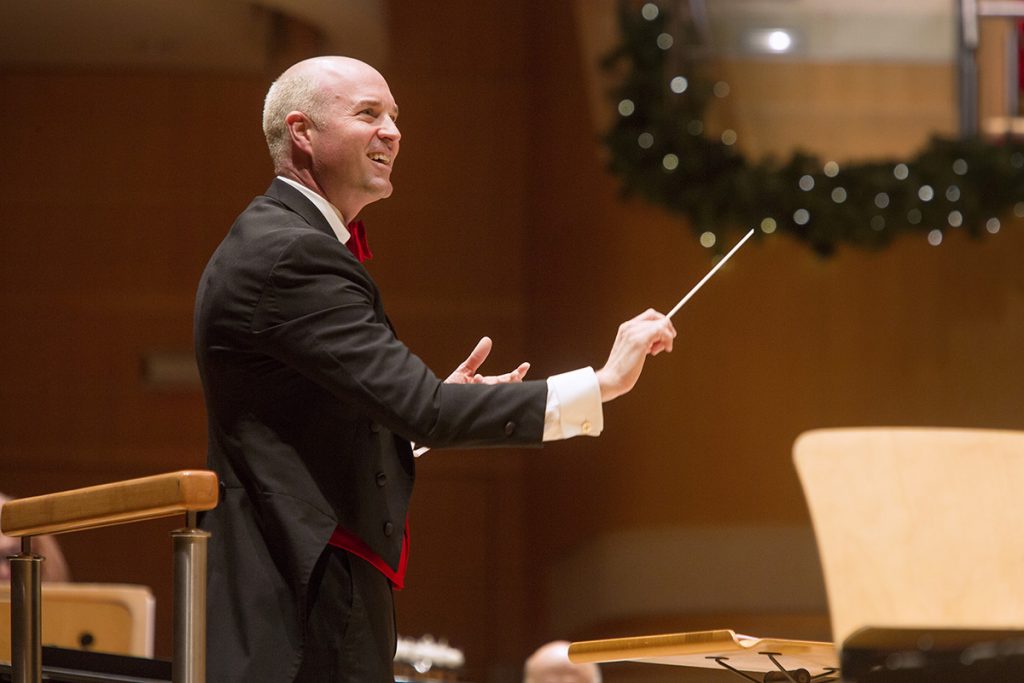 Among the highlights of the evening will be the premiere of a new arrangement of the carol “We Wish You a Merry (Virtual) Christmas,” commissioned from Emmy Award-winning composer Gary Fry, the principal pops arranger for ensembles such as the Chicago Symphony Orchestra and the Dallas Symphony. The program will also feature an intimate duet arrangement of the traditional “In the Bleak Midwinter” as recorded by Renée Fleming and arranged by Rob Moose, a member of Bon Iver and musician and arranger that frequently collaborates with artists such as John Legend, Ben Folds, LeAnn Rimes and Josh Groban.

While the online concert will be free for all to view online, the program will be accompanied by a virtual gala fundraiser for the 52-year old Orange County organization, including an online auction. Viewers will be able to watch and donate on silent auction items such as trips to Hawaii, Mexico, and Paso Robles, jewelry, and unique gift baskets prepared by members of the Chorale. Donations and auction bidding to support Pacific Chorale’s ongoing artistic and education programs will be accepted via text and an online portal during the broadcast. Gala sponsorships are available ranging from $250 to $15,000. Sponsors will enjoy prime recognition and benefits including access to bonus material and specially curated and home-delivered VIP “Cozy Kit” gift boxes to enjoy while watching from home. All Gala donations received during the broadcast will be matched up to $30,000, thanks to a generous grant from Platinum Corporate Sponsor Salt-Away Products.

“This year, more than ever, we know we are all going to ‘Need a Little Christmas’,” says Andrew Brown, President of Pacific Chorale. “That is why Rob Istad and our Pacific Chorale team started early this year to dream up a streamed holiday show and virtual gala, to bring a little holiday cheer into the hearts of our Chorale family, and hopefully a little financial support in Pacific Chorale’s holiday stocking!”

More details about “Tis the Season!” are forthcoming. Visit www.pacificchoraleorg/tis-the-season/ for the most current information!

Pacific Chorale has delighted national and international audiences with concerts of great choral music performed at the highest musical standards since 1968. Under the artistic leadership of Robert Istad, the organization produces a series of concerts each year at the Segerstrom Center for the Arts, where it serves as the sole resident choir. The mission of Pacific Chorale is to inspire our community through artistry and innovation in choral music performances and education programs.

Dr. Robert Istad has served as Pacific Chorale’s Artistic Director since July 1, 2017. He has prepared choruses for many of the world’s leading orchestral conductors, and has been featured on a number of recordings including The John Williams Collection on Sony Classical and Nostos: The Homecoming of Music on Yarlung Records. His first recording with Pacific Chorale, All Things Common: Music of Tarik O’Regan, was released by Yarlung Records in June 2020. He continues in his role as Professor of Music, Director of Choral Studies, California State University, Fullerton. He is also Vice-President of the California Choral Directors Association and a member of the board of directors of the national choral industry’s association, Chorus America.

The Southern California Children’s Chorus (SCCC) was founded in 1996 with the mission of “enhancing children’s lives through distinguished choral music education and world-class performance.”  SCCC currently serves nearly 300 children, ages 5 through 20, and strives to develop the entire character of its young singers through a program stressing musical aptitude, teamwork, discipline, self-confidence and personal growth. SCCC’s choruses are featured frequently at Orange County’s Segerstrom Hall and have thrilled audiences at Carnegie Hall, the Sydney Opera House, Westminster Abbey and the White House. In addition, SCCC has contributed singers for Touchstone and MGM films, television productions and commercials, orchestral, adult choral, and opera productions, rock music recordings, and many Disney events, both televised and live.