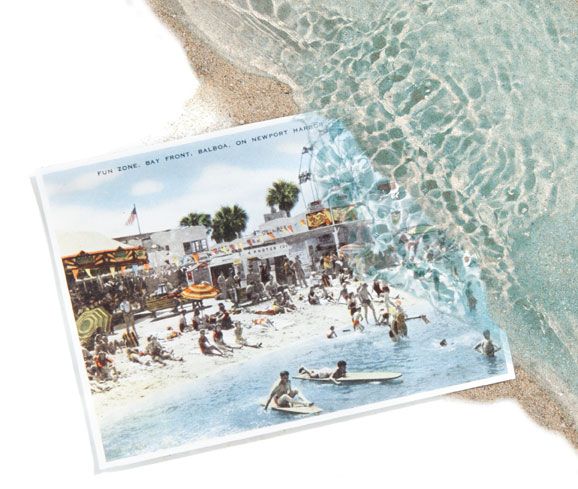 When the Balboa Fun Zone finally goes belly up, everyone will say it died of natural causes. Yet it feels like it’s happening on purpose, with the attractions being shut down one by one. A slow poisoning.

But there is no best way, fast or slow, to kill an institution that’s been an iconic part of Orange County’s beach culture for 77 years. Since the Great Depression, the Fun Zone has provided not just diversion for thousands of families, but a home for simple traditions: the Saturday night date, the toddler outing, the teenage hangout.

The Fun Zone occupies less than one of Balboa Village’s 23 acres, but much of it already is gone, and a new concept is being advanced. Granted, the place has been razed and rebuilt a few times, but never quite this extensively.

Musician and unofficial Balboa tour guide Tina Hoffman, who has lived in the Fun Zone and had a singing and entertainment consulting business there until 2010, has kept track of every attraction that’s been ousted. The carousel. The bumper cars. The candy store. The Scary Dark Ride. The shell shop.

“They’ve already removed just about every business in the Fun Zone area except the arcade, the boat rental, and the ice cream shop,” she says. “Anybody left in the block is walking on eggshells. ”

Locals point out that the Fun Zone has been struggling for decades, which is what prompted the redo. “We lost the locals,” says Ralph Rodheim, president of the Balboa Business Improvement District, a member of the Balboa Village Advisory Committee, and owner of Boats4Rent.com, which serves the Fun Zone area. “Our emphasis is on making a better village for locals and visitors alike.”

The Newport Harbor Nautical Museum bought the property in 2005, and now, right about where the carousel used to be, there’s a starter version of its Explor-
Ocean Museum, which eventually will include the nautical museum. I’m sure it will teach us important concepts and, with its simulated watersports, be a ton of fun to visit once or twice a year. The rest of the time you’ll find us in the real water on real watercraft, thank you very much. Bottom line: It’s a museum, and I doubt it will inspire many traditions for locals, nothing close to the role the Fun Zone played for so many of us.

To underscore this, the proposed design revealed this year is inconsistent with Balboa’s old village feel. “It’s a modern monstrosity,” says Hoffman, “a mausoleum representing the death of a lot of cherished memories.”

Of course, there’s a lot of excitement surrounding the museum, and there’d better be, because they’re looking for $105 million to get it built. It’s to be the jewel in the Fun Zone renovation plan, and pardon me for gawking. What a big jewel it will be.

The point they’re missing is that the Fun Zone’s antiquity has always been its charm. It provided something our souls cry out for in Orange County: a place that isn’t quite perfect, that isn’t a replica, that’s filled by generations of real memories and traditions. Whenever my family takes visitors there, our guests often say that they had no idea a place like it existed in Orange County.

The Fun Zone has never been just the sum of its attractions. It has a feel to it, a sense that we’re transported to an earlier, slower-paced time. Arriving on the ferry is a rite of passage in which we leave behind a mainland of worries. The Fun Zone seems untouched, incongruous among the multimillion-dollar cracker boxes surrounding it.

“How about this!” it seems to say. “Kajillionaires can peacefully coexist with people who can’t afford to live at the beach!”

It’s also a place we don’t have to pony up just to visit. I spent many happy hours with my toddlers there, just chasing gulls and taking in the scenery. Still, a citizen panel found the area “somewhat blighted,” Rodheim says, and came up with 10 suggestions to fix it.

The Fun Zone gets another close look in September, when the Urban Land Institute, an urban planning nonprofit dedicated to education and research, will strategize with the museum people and the residents about how to further rehab the village. Rodheim encourages residents to get involved in the design, and seems convinced the museum eventually will conform to the style of the village.

“The way they came out with the museum plan and said, ‘This is it,’ was unfortunate,” says Rodheim, adding that residents he’s talked to prefer the historical look.

He also reminds me the area has taken many forms over the years, including a haven for speakeasies and rum-runners. The new proposal simply represents yet another change: “family entertainment.”

Here’s what I would tell the Urban Land Institute and the museum folk: We live in a county of faux everything. Faux Mediterranean houses and faux Mission-style offices. Our two big amusement parks offer re-creations of real things. The Fun Zone may have been “blighted,” but at least it was real blight.

Couldn’t this proposed teardown instead be a fixer-upper? Plenty of history still remains, including some of the 1920s facades of the old police and fire stations, and a former casino, the lettering still visible on the side of a building. The carousel, despite reports that it was sold on eBay and turned up at the Westminster Mall, actually is in storage. City officials still call the Fun Zone the “soul” of the city, and the master plan even recognizes the possibility that the Fun Zone could become an even bigger part of Balboa Village.

I watched the Jersey Shore grieve the loss of its landmarks after Superstorm Sandy, and the news images that lingered were those of the submerged boardwalk and the roller coaster floating like a bathtub toy. In interviews with residents there, I heard real sadness from those whose lives that boardwalk had touched.

I wonder if we’ll feel that way, too, after the Fun Zone is finally gone, and the only thing we can share with our grandkids is contained on a memory stick.