It’s raining the first time I play with the Tight Ends, raining in that distinctly Southern California way where you think it might just blow over until all of a sudden it’s a downpour. My sweats soak through in an instant; the rest of the day’s flag football games are canceled.

But we play on, and I’m fantastic, making a lasting first impression on my new team as I catch touchdown after touchdown with the wet, slick ball.

The Tight Ends are a lovable band of misfits, as these recreational teams tend to be, a mishmash of people from all sorts of backgrounds and places and professions, in varying degrees of fitness. As a single woman recently transplanted to Orange County, my eye roams the field for male prospects—preferably of the tall variety, as I’m 5-foot-9. It’s disappointing. There’s a tall but mind-bogglingly unathletic man; a tall but goofy guy who calls me “Gronk,” a reference to the New England Patriots’ giant-of-a-human tight end—a borderline insult he means as a compliment, but an error from which he can never recover; and the quiet, average-height guy so classically handsome as to be boring.

I’m only sorta single anyway because my ex-boyfriend is at home on my couch, sick, during a visit where we thought we might make another go of it and then decided not to—not the first or last of such visits. Relationships are full of loose ends, the unanswered questions and unfulfilled whys of people who once shared everything transitioning to sharing nothing.

I’m destined to play only one season with the Tight Ends, as I move up to the more competitive divisions of beach flag football with Beach City Sports, a private organization that lures more than 500 adults onto the sands of Huntington Beach every Saturday. Transplants and locals look to the group to find friends and, often, romance. In its five years of existence, the league boasts one marriage, two engagements, at least 15 other couplings, as well as the four Tight Ends-related pairings I will share with you.

By the end of that fateful first season, Goofy Guy is dating Baywatch, a blonde from the team who favors high-cut red swimsuits. I’m still single. After the end-of-season party, Classically Handsome walks me to my Jeep in the pouring rain and helps me anchor the canvas top, wiping off my seat for me. The team captain, who at 32 can’t stop talking like a smitten teen about her crush on him, later tells me she thinks he’s interested in me. I brush her—and the possibility of him—off.

The next season, three Tight Ends play on a team in Newport Beach through the same organization: Team Captain, Goofy Guy, and me. We win the championship. We play against an opposing team’s 6-foot-7 QB who is handsome and funny. “That’s my future boyfriend,” I tell Team Captain. And within a month, he is.

Meanwhile, Goofy Guy and Baywatch have broken up, so I put a friend of mine on the next season’s team in Newport Beach, knowing Goofy Guy would immediately ask her out. He does, and they start dating.

Back in Huntington Beach, I join QB’s team. That’s when I recognize the shortcomings of my new boyfriend. He won’t throw women the ball, preferring to shovel pass, which I find disrespectful, chauvinistic, and annoying. We win a championship. He and I break up. Turns out, playing against someone doesn’t give you all the information you need to know whether they’re a good person or not; playing with someone does.

Spring football season begins. There are four flag football seasons per year in the two beach cities. Spring is the best season because the weekends feel free and easy like summer, but they’re still un-crowded like winter. Classically Handsome is still playing on the Tight Ends, and I’m still playing on upper-division teams but hanging out with the Tight Ends after games.

Classically Handsome and I develop a spring romance, the kind that begins with extremely casual hangouts and progresses almost accidentally. This isn’t a whirlwind—it’s an exceptionally slow burn. Soon, we become that couple whose weekends are always (un)spoken for, who show up together and leave together, but are coy when people ask if we are together-together. A sly grin, maybe even a wink, but never, ever, outright affirmation.

We’re content this way; I’m wary of dating someone else in the league with whom I might later have loose ends; feeling QB’s anger radiate toward me during games isn’t easy. His pain abates, though, as he starts dating Baywatch. Yep, that’s right: the ex of Goofy Guy, who is now dating my friend, starts dating QB, my ex.

There are no loose ends. Even the exes who are still around are neatly tied up with other ends.

That’s part of what makes Beach City Sports so much like a family. Friendships across the league have and can withstand these hookups and breakups, these couplings and uncouplings, because it’s football. Because it’s fun. Because the lessons learned from childhood about team sports and teamwork mean that forgiveness comes easy, grudges aren’t held, and people band together no matter the circumstances.

Without the Tight Ends and Beach City Sports, I’d have 10 straight fingers, an unbroken toe, two fewer ex-boyfriends, no commitments on Saturday mornings, and no friends.

I’ll take it. In football, love is like that rain-slick ball: tough to hold on to, but when you catch it, sometimes you score. 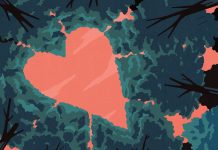