My boyfriend and I have been dating for eight years, and we’re not engaged. When most people hear this they ask, “So, when are you two getting married?” To which I reply, “We’re just saving money for now.” I used this line until my Instagram feed started getting clogged with photos of couples our age flashing sparkly engagement rings. Most of them had been dating for fewer years and probably earned a similar income; so what was our excuse? This nagging thought weighed on me, so I decided to take matters into my own hands by not-so-subtly dropping hints. I started sending Sam photos of rings I liked, taking him into jewelry stores we passed, and bringing up the topic in front of friends and family—even waiters.

Just after our eight-year anniversary, I started getting clues he was ready to take the next step. The first came when we went to dinner with one of his clients who asked, “Did you guys get married yet? I forget if …” I interrupted her to save Sam the embarrassment of his surprise being ruined. “Not yet! He still has to put a ring on this finger.”

Another night, we were at dinner with my parents. As I returned from the restroom, the table fell silent and my dad loudly said something along the lines of, “How ’bout this weather we’re having?” My 26th birthday was around the corner, which would be the perfect distraction for a proposal.

The final hint came a couple of weeks before my birthday as we were hanging out with friends. I asked one of them to tell us the story of how he proposed. Afterward, another friend jokingly mentioned that Sam would propose at the Seal Beach Pier. That was the site of our first date, but nobody knew that. I figured Sam must have told him, so I acted like I hadn’t heard. But I knew that this year, I was getting more than a thoughtful card.

I splurged on birthday  reservations at Paséa Hotel & Spa and didn’t have much planned other than relaxing by the pool. But Sam said he had a surprise for me. This was it. I needed to pick out an outfit that was timeless. Suddenly, the short, dark haircut I copied from Kendall Jenner seemed like a bad choice.

On our way to the hotel, we stopped for lunch. While we were eating and I was blissfully planning my surprise face, Sam nervously brought up the dinner we had with my parents. “Remember how it was awkward when you came back to the table?” he asked. “Um, yeah, I guess I remember that,” I said. “Well, I was going to get you another puppy, but your parents said it might be too much work.” I appreciated his attempt to throw me off, but c’mon! I’m a journalist. He’d have to do better than that.

We drove down PCH to the hotel, a long ride fraught with anxiety. When we arrived at our room, he opened the door to reveal a trail of flower petals leading to a table with flutes of Champagne—something he’d secretly prepared with the concierge. He pointed out our ocean view and humble-bragged about the upgrade he got us. Well done!

“Want to explore the hotel a bit?” he asked. We’d been to Paséa before, so I wasn’t sure what more there was to see, but I wasn’t going to let logic impede my special day.

We walked to the lobby and out the main entrance, where he led me to the spa. I was confused but excited. “I believe we have reservations?” he said to the men at the front desk. It turned out Sam had booked a pricey couples massage, something else I’d been hinting at for months. “Yes, it seems you’re an hour early. Would you like a tour of the spa?” I nervously followed our tour guide and Sam, eventually coming to two large wooden doors. I heard a clinking noise outside that sounded like plates and utensils. After carefully piecing together the facts, I came to the realization that my friends and family were on the other side, awaiting my arrival for the proposal.

“Would you like to see the garden?” our guide asked. “Sure,” I said, now sweating. He pulled back the doors and … nothing. But what I felt wasn’t disappointment. It was relief.

I spent 20 minutes in the women’s hot tub reflecting on why I suddenly felt apprehensive about getting engaged. I thought back to when my friends and I would talk about what we expected from our lives. We thought we’d be married with kids by now, but that was back when we were 13. Now half my life later, I didn’t feel as mature as I thought I would. And I definitely didn’t have the sizeable bank account I had hoped for to pay for a wedding and a house. Turns out the line I’d been using all those years was true.

I dried off and walked out to meet Sam for our massages. Once we were finished and relaxing in the garden, I asked, “Was that the last surprise?” He looked at me, slightly insulted by my lack of appreciation, and replied, “Yeah, sorry if that wasn’t …”

I breathed a sigh of relief, “No, no—this whole time I thought you were going to propose!”

“Chelsea, you need to calm down with that,” he said, rolling his eyes.

After explaining all the hints I misread and hearing how crazy I sounded, I made it clear that we were on the same page about waiting. It didn’t take long after that for me to stop sending him photos of overpriced rings, dragging him into jewelry stores, and describing the elaborate way I expected him to propose.

Now when I see friends getting engaged on Instagram, I smile, double-tap the photo, and dream of our engagement … on my 28th birthday. 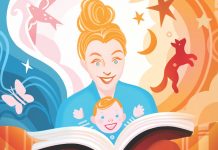 At Home in the Library: Babysitters, Advice, and Community, in Addition to Books 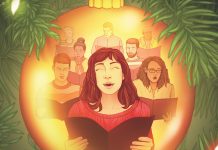 Finding Joy: Holidays Offer Many Chances to Discover Your Voice 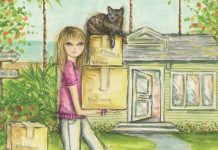