We sat together, fully reclined in our luxury seats. Sipping soda and sharing a bag of popcorn at The Lot theater in Fashion Island. My brother Bill was visiting from San Diego. He traveled to my home in Newport Beach often, and I looked forward to his visits. Bill always called well in advance to confirm our itinerary even though it was the same every time. Invariably, we’d kick off with a morning stroll to Al Cappuccino Coffee House, where the owner, Mr. Lee, greeted Bill with a “Welcome back, Bill” and an iced coffee. We’d head south to Irvine Spectrum to play games at Dave and Buster’s, hoping to win tiny stuffed animals and useless gadgets. On the way back, we’d meander through Newport so Bill could spot various landmarks to his hero, John Wayne: his docked boat, The Wild Goose; John Wayne Park in Newport Heights; and the enormous statue in front of baggage claim at John Wayne Airport. We’d end our day with pizza at Mario’s A Taste of Italy, where the staff addressed Bill as “Boss” and “My Friend.”

But this visit was not ordinary. We saw another one of Bill’s heroes, Mister Rogers, on the big screen, and I finally got resolution on things that had disturbed me for more than 50 years.

I wasn’t there on the crisp September morning in 1955 when doctors at a St. Paul, Minnesota, hospital gave my mom a hefty dose of anesthesia as she went into labor for the first time. She was 19, and the doctors wanted to make her more comfortable. But instead, the medication turned her into a rag doll and brought the delivery to a halt. Her baby became trapped. Using forceps was a customary practice for the time; the doctor grabbed a large pair of metal salad tongs, clamped them to the baby’s head, squeezed, and pulled. Eventually, they pulled out a perfect-looking, healthy baby. When the nurses placed Bill in my mom’s arms, my dad was already planning a future of father-son baseball experiences.

I wasn’t with Bill when he used our family’s tree-lined street as a stage for his performance art. Bill was 3 and, according to doctors, behind schedule. He couldn’t talk, but he was creative. In the early morning hours, Bill crept outside in his pajamas to assemble his masterpieces. He’d gather all the neighbors’ gardening tools then pile them into a mountain on our front lawn for everyone to admire with their morning coffee. Or he’d turn on every garden hose, converting the street into a river.

I wasn’t with Bill when my parents tried to pass him off as a typical public-
school kindergartner. It worked until the school Christmas program. Bill’s uncontrollable laughter turned the stage into a mess of hysterical carolers. While it made for one heck of a show, the principal wasn’t amused. He said to my mom what had lurked in the back of her mind and what she feared would one day be Bill’s hard reality: “We think your son Bill is mentally retarded. We can’t keep him in our school any longer.”

I wasn’t with Bill when Mom took him to a pediatrician for the official diagnosis. In 1961, the mentally disabled weren’t immersed in society, bagging groceries at the supermarket, or suiting up for the local high school football team. Back then, society wanted them institutionalized, kept away from their neighborhoods and schools. Luckily, this pediatrician was a forward-thinker who delivered Bill’s diagnosis along with advice that would guide his life. He said to my mother: “Bill will remain like a 5-year-old forever. But Bill is a happy little guy, and isn’t that all we really want for our children, anyway? I suggest you try to find whatever you can to help Bill do what he’s capable of.”

When I joined Bill and the rest of my family in 1963, they lived in San Diego. I had five siblings but bonded with Bill. Even though he was eight years older, we liked the same toys and TV shows. Bill was adored and accepted in our neighborhood. He was included in our backyard swim parties and nighttime kick-the-can games. No one ever called him out for his stutter, his movements that looked like he was a bird trying to fly away, or for running through the neighborhood in his Batman costume, his cape flowing in the wind.

I was there the first time Bill was bullied. Our family moved to a new neighborhood when I had just started fourth grade. Buses took us to our new schools. Bill’s bus was smaller—a yellow one that drove him to Serra High School for the Handicapped. That morning while I waited in my line, Bill’s little yellow bus drove by. Excited to see each other, we both smiled and waved. Then from the back of the line, an older kid yelled “RETARDS!” Others joined in with the same venom. It embarrassed me at first, being the new kid at school and having this attention drawn to Bill and me. Then it hit me. Bill’s bus identified him and the others as people to make fun of. No one in the old neighborhood called Bill names. For the first time, I worried about whether Bill got called that name in public. How would it make him feel? Did he wonder why he had to go to a special school? Or why other kids suited up to play sports, yet he could never try out? My parents never explained it to him, and we kids didn’t either. We didn’t want to hurt his feelings.

Now middle-aged, Bill and I sat reclined in our chairs watching the Fred Rogers documentary “Won’t You Be My Neighbor?” My siblings and I were all fans of “Mister Rogers’ Neighborhood” growing up, but as the rest of us moved on to more sophisticated stuff like “Scooby-Doo, Where Are You!” Bill latched on to Mister Rogers and never let go. Even after becoming an AARP member, he’d end his day by removing his shoes and singing “Won’t You Be My Neighbor?” The attraction was understandable. While our house was filled with the chaos of six kids, Mister Rogers’ neighborhood was serene, the loudest noise being the sound of the trolley making its way through the Land of Make-Believe. While Bill’s world was one of confusing change with people coming and going in his life, Mister Rogers was someone he could depend on. Fred assured him at the end of every show:

“I’ll be back when the day is new. And I’ll have more ideas for you. And you’ll have things you’ll want to talk about. I will, too. Goodbye, neighbor.”

As we watched the clips of old shows, Bill repeatedly called out, “Hi, Fred!” Their connection was as strong as ever. When Bill closed his eyes and sang along with Fred—the songs he’d sung for more than 50 years—I noticed a change. His typically agitated body and mind became entirely at peace. He sang without a hint of a stutter. It was then that I understood. Back when Bill was a boy planted in front of the TV, Mister Rogers used his powers of kindness, compassion, and love to reach through the airwaves and touch Bill’s soul. Yes, Bill knew he was different, but it was OK. Mister Rogers liked him as he was.

Mister Rogers was with me that day at the bus stop. But I didn’t know it. When my 8-year-old heart broke realizing Bill’s realities for the first time, and I felt helpless that I couldn’t protect him from feeling ashamed for who he was, Mister Rogers was there as if to say, “I’ve got this, Cathy. You don’t have to worry about those bullies.” 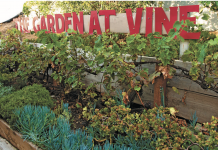 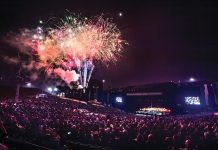 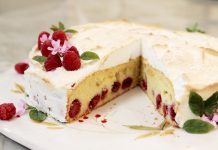