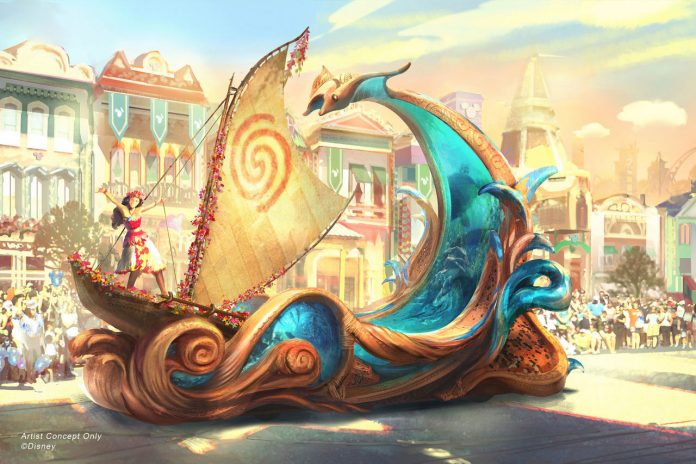 With the opening of Star Wars: Galaxy’s Edge last year and the upcoming Avengers Campus this summer, “Magic Happens” redirects attention to and celebrates the core animated storytelling the company is renowned for.

“There are so many new stories to tell. This is the first time we’ve had a chance (in a parade) to tell those tales like ‘Moana’ and ‘Coco,'” says Jordan Peterson, show director at Disney Live Entertainment. “At the same time, we are going back and telling stories that are so classic and so important to us like ‘The Sword in the Stone’ and ‘Sleeping Beauty.'”

Here is a by-the-numbers breakdown of the upcoming parade:

➜ Number of floats highlighting magical moments from films including: “Moana,” “Coco,” “Frozen 2,” “Cinderella,” “The Sword in the Stone,” “The Princess and the Frog,” and “Sleeping Beauty”

➜ Length in feet of the “Frozen 2” float, the longest float in the parade, which offers multiple perspectives as the float passes by as well as an interactive snow element from Elsa

➜ Height in feet of the “Sleeping Beauty” float, the tallest float in the parade

➜ Number of Disney and Pixar characters you’ll get to see and wave at, including Blue Fairy, Peter Pan, Genie, and Fairy Godmother

The parade debuts Feb. 28 at Disneyland park. You can purchase a dining package at Plaza Inn for reserved viewing.