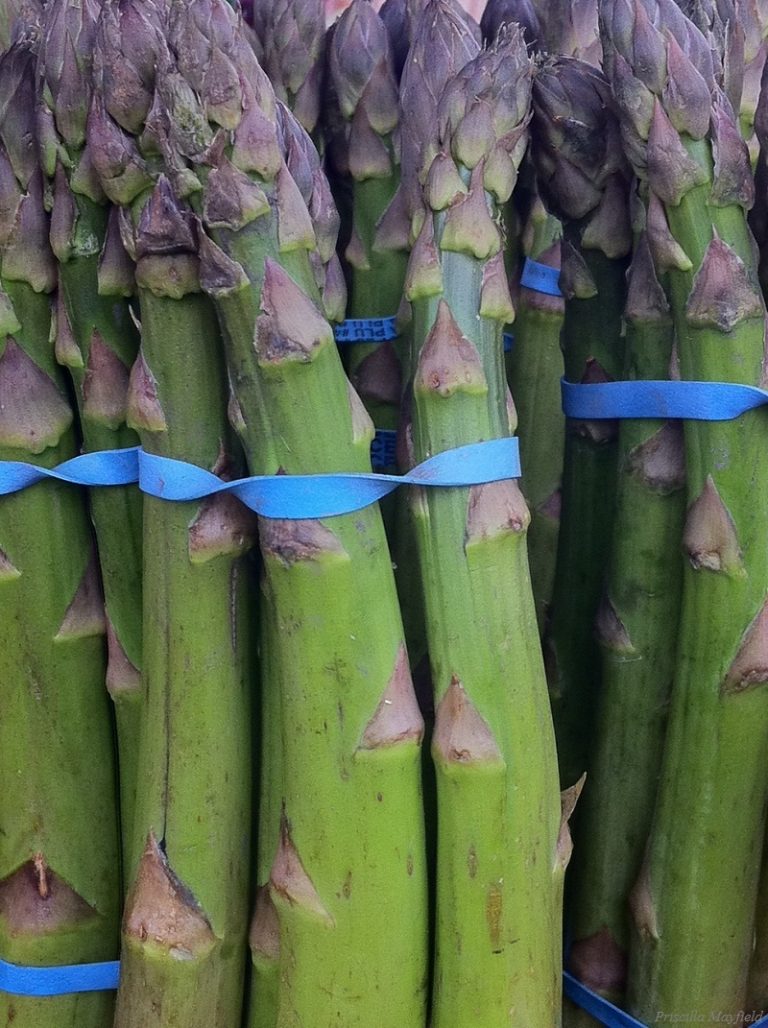 So, I’m not the only one who eagerly anticipates the return each spring of Zuckerman jumbo asparagus.

Not that I thought for a second I was alone in my exultation when I wrote last week about its recent arrival, delayed a bit this year due to bad weather, and a few ideas of how to prepare. (You can read my post, “The age of asparagus,” here.)  The jumbo are the biggest spears, some an inch in diameter, which sprout only from the youngest plants and only early in the season.

In Orange County, Zuckerman sells its fine asparagus and potatoes at the Saturday Irvine UCI farmers market, where a bundle of six or so of the fattest spears is usually $4, occasionally 2/$7. To me, a worthwhile springtime indulgence. And it turns out, an indulgence keeping pretty good company.

The asparagus (and swordfish, sugar snaps, fingerlings and strawberries) cure

And then just today Zuckerman jumbo came up again, when Evan Kleiman, host of KCRW’s Good Food, quoted Michael Cimarusti, chef-owner of Providence in Los Angeles, calling it a “world-class ingredient,” and suggesting three different preparations. Cimarusti will be on the show tomorrow, during the Market Report segment.

3 things to do with asparagus from Michael Cimarusti

I feel a little like Woody Allen’s Alvy Singer pulling out Marshall McLuhan in “Annie Hall.” Except no expert refutation is needed on the subject of Zuckerman asparagus, because everyone is in complete agreement.

Find a list of all Orange County farmers markets at OCFoodNation.com.