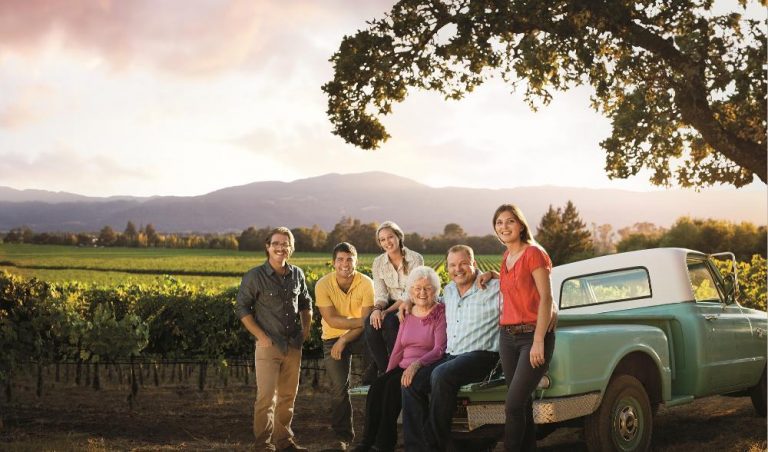 What happens when you get invited to Club 33 at Disneyland? You go. I’ve only been twice and each time it was a real treat. The first time you’re like a kid at Christmas with your eyes bugging out, drinking in all the details so you can tell your friends. Like the beautiful elevator, a copy of one Walt saw in Paris and had to have. The club has been in the news recently because for the first time it’s allowing folks on the waiting list to buy their way in, but with a $25,000 initiation fee and annual dues of $10,000 it will continue to be pretty darned exclusive.

So my second visit was still extra special and for two reasons. I remembered the wonderful décor—it’s Federalist style and makes you feel as if you’re in the White House. The second reason was because I was attending a wine dinner from one of my favorite portfolios: Wagner Family. Each branch of this celebrated family leads to some very special wines. Caymus Cabernet is headed by Chuck Wagner; Mer Soleil Chardonnay is led by his son Charlie Wagner II; and his other son Joseph Wagner, second from left, above, is in charge of Belle Glos Pinot Noir.

At the dinner we met Joseph Wagner at a reception where Caymus Conundrum ($22), a white blend made by long-time employee Jon Bolta, was served. Wagner told us that Belle Glos was his grandmother Lorna’s maiden name and the label was named in her honor. She and her husband Charlie built Caymus’ reputation with their son, Chuck. So wine is the family business, and with these bottles Joseph Wagner lives up to his name. “I didn’t think I was ever going to follow in the footsteps of my grandfather,” he said. “But when I was 20 or so I really got into it. I was ready to get obsessed. And I did.” The Belle Glos pinot noirs come from single vineyards and they’re priced at $44. (If you want everyday wines, Joseph Wagner also makes Meiomi, a pinot blend priced at $22.)

The grapes for the Belle Glos wines are sourced from different California locations: Santa Barbara (Clark & Telephone), Santa Lucia Highlands (Las Alturas); and Sonoma Coast (Taylor Lane). We tasted the Clark & Telephone 2008 with a Pavé of Tea Smoked Veal and the Las Alturas 2009 with a twice-cooked game hen. If you love food-friendly wines and appreciate a good pinot noir you’ve got to try them. Both are aged in French oak, have a luxuriant mouth feel, and are rich in New World fruit-forwardness. They differ slightly in their aromatics: Clark hints at wonderful baking spices and Las Alturas has distinct earthiness and cocoa flavors. Either one makes a good choice with roasted meats or vegetables and game.

We were really impressed with the Club 33 menu, so much more sophisticated since the last time we were there in the 1990s. Chef Marcel St. Pierre served American Kobe with the Caymus Cabernet 2009 and Chocolate Paté with the Caymus Special Selection Cabernet Sauvignon 2009. It was a dreamy ending to the meal, which got livelier as the evening wore on, the Disneyland parades passed and the fireworks started. Sitting and sipping incredible pinot noirs and cabernets while the festivities and flashing lights went off outside the windows made me think of New Orleans at Mardi Gras or maybe Paris on Bastille Day. Great wines and great surroundings again created some magical memories at Club 33.—Anne Valdespino