Home Uncategorized What Did We Cook: Leftover-Pumpkin Doughnuts 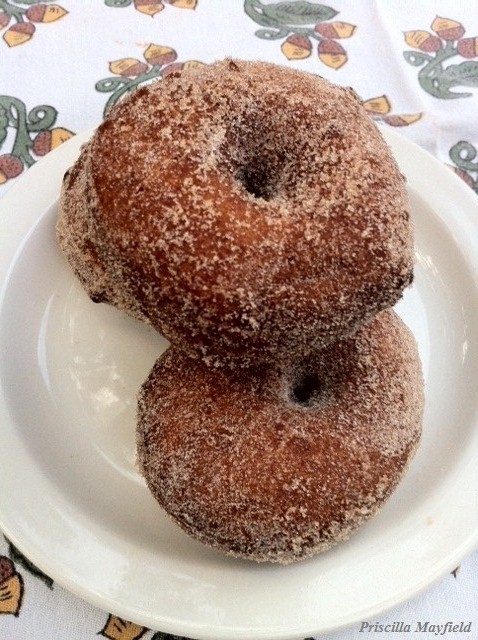 With a cup of purée left over from making pumpkin chiffon pie with my husband’s 102-year-old grandmother’s recipe, on a lark I tried an Epicurious recipe for pumpkin doughnuts. (I didn’t like my pie as much as I’ve always liked June’s, but that’s sometimes how things go, isn’t it?) The doughnuts later in the weekend, however, were a resounding success. And not at all difficult, though the amazingly wet dough was a bit tricky. (Something also noted by the Epicurious recipe reviewers.) Three words, if you try these: Thickly floured countertop. Tipping the dough out onto the floured surface and gently patting more flour on top made cutting possible, and I’m sure the uncommonly light interiors were due to the high moisture content. However, I wouldn’t hesitate to add a little additional flour to the mix if I make these again, for easier handling. I forewent the coatings suggested and used cinnamon-sugar after frying, which was, I daresay, better than something more involved.