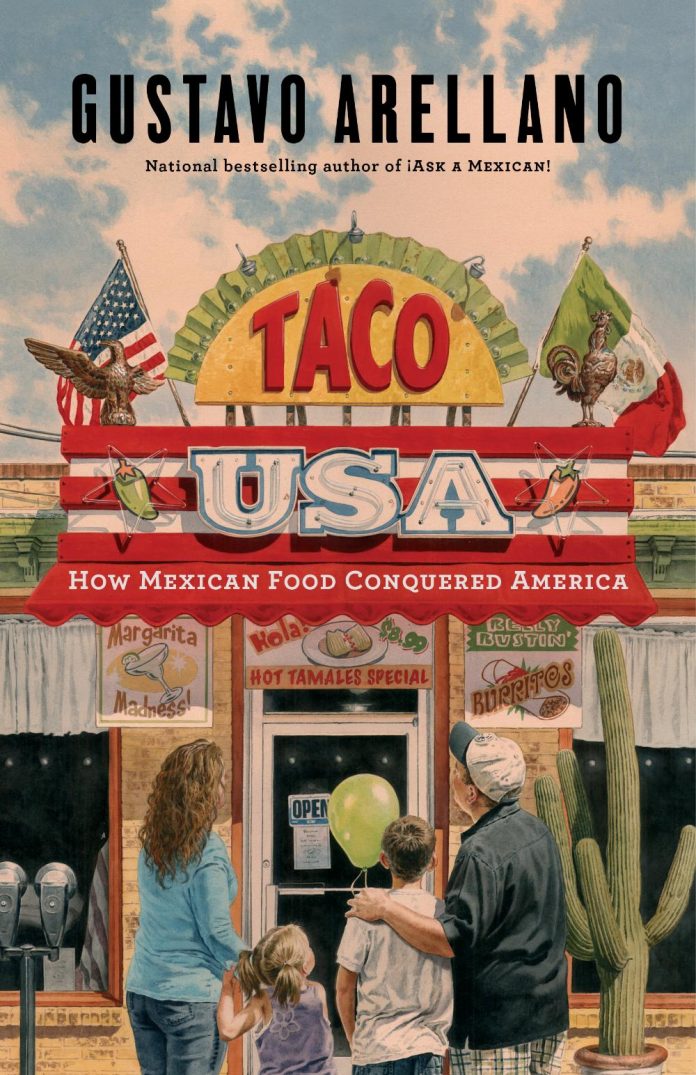 Editor-in-chief since late last year of the OC Weekly, where his controversial, successful (and funny) “Ask a Mexican” column got its start, Gustavo Arellano takes to heart the hard-boiled journalism credo about afflicting the comfortable and comforting the afflicted. While he may be Orange County’s foremost provocateur, he’s also got relevant-to-our-interests responsibilities at the paper that way predate his move into the top job—he’s been food editor of the alt-weekly for almost a decade.

Arellano’s food writing is no less obstreperous—including his new “Taco USA: How Mexican Food Conquered America” (Scribner, $25). Out this week, “Taco USA” chronicles, in the author’s trademark combination of the highly personal and the deeply researched, how Mexican came to be the most popular in the ethnic food pantheon.

Southern California, including O.C., has played an important role. Not unexpected, but—“What did surprise me,” Arellano says, “is how few of those stories had been documented—like the fact that Doritos were invented in Disneyland. That’s the only true O.C. contribution to Mexican food—but what a contribution!”

While the honor of claiming Doritos is a dubious one, there’s no denying the snack chip’s exalted position in popular culture. Its story, like so many in the book, is a fascinating tale of Mexican-American entrepreneurial success—and is, as Arellano says, heretofore untold. Ditto for other personal histories he unearths, like that of Larry Cano, founder of El Torito, who pioneered the now-familiar cut-above sit-down cantina concept, with its tableside guacamole and handmade margaritas.

Do you know which regional California burrito inspired Chipotle’s wildly popular version? San Francisco’s super-sized Mission burrito. Even the Oki Dog of my misspent youth gets a mention. Now why didn’t I figure out back then that Oki referred to Okinawa?

The story of this cuisine, which Arellano characterizes as “simultaneously familiar yet exotic” is a big one, beginning with pre-Columbian Aztecs and Mayan, right up to today’s gourmet food truck chefs. “Taco USA” will have you pondering your own Mexican food faves—I defy anyone to resist subsisting on masa-based, salsa-topped food while reading it. It’s kind of exciting to be part of an ongoing story. What does the future hold? Can we expect more New-Age taco fusion?

“Fusion has always been a part of Mexican food, by definition,” Arellano says. “It wasn’t ‘Mexican’ until the Spaniards came and intermingled with the Aztecs. But I still think someone can make a fortune selling tortas…”