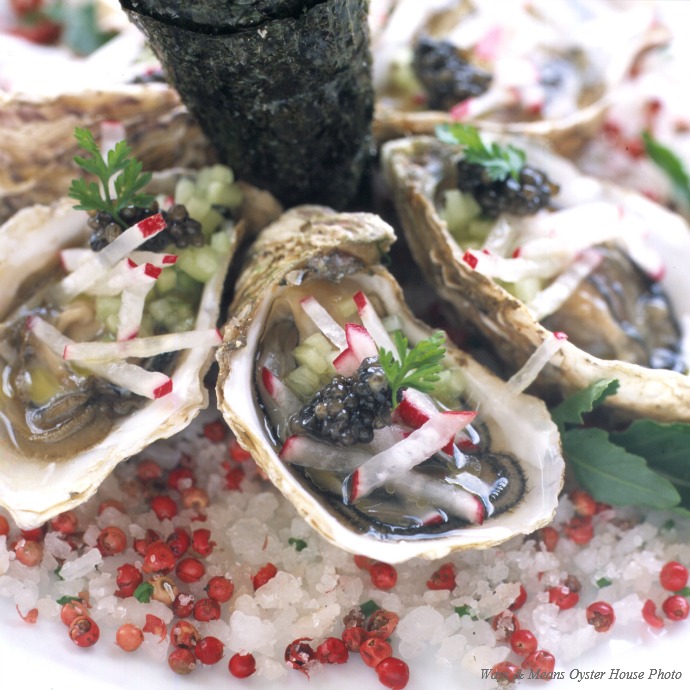 Ways & Means Oyster House in Orange, an ambitious project in the former Spiro’s on Chapman Avenue, is about to get some attention. And not just from me, though I can tell you the oysters I had at lunch last week were bracingly good, presented just right on a bed of crushed ice strewn with bits of lacy seaweed, classic mignonette on the side. There is definitely a current in the zeitgeist—no fewer than three local publications had photogs coming in the day I was there.

Among the aforementioned oysters were Fat Bastards from Washington state, and Naked Cowboys from Long Island Sound (named for the famous Times Square hat-and-boots-only denizen). Do mildly rude names make for better oysters? Opportunity for further investigation of this question is imminent—starting Wednesday, Ways & Means is adding a Naked Cowgirl oyster to its raw list, the first restaurant in California to have this West Coast counterpart to the cowboy. Oysters are market price, ranging from $2 to $3.80 depending on variety, and also appear on the restaurant’s Euro-style seafood towers, $65 and $85.