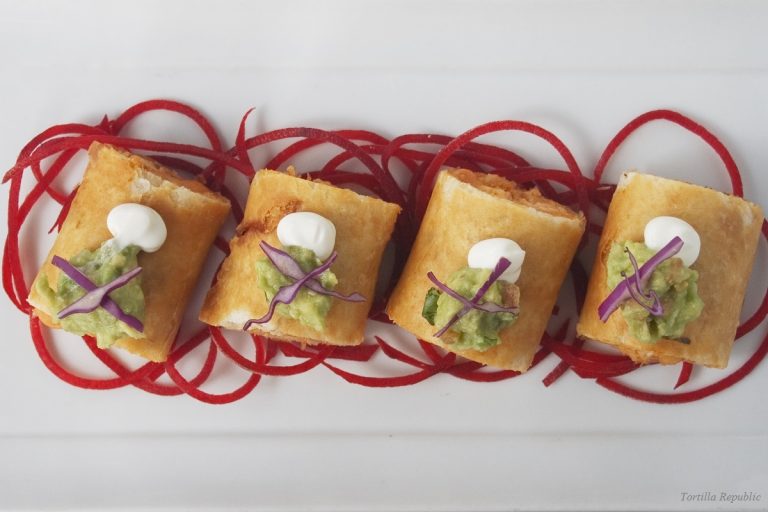 Tortilla Republic, the third restaurant in a chainette whose other locations are on Kauai and in West Hollywood, opened in Laguna Beach in the former Javier’s Coast Highway location. This Orange County outpost has its own O.C.-native chef: Chris Tzorin, recently of Laguna Niguel’s Savannah Chop House. (Tzorin’s former chef de cuisine at Savannah, Manny Velasco, has taken the helm as executive chef there.)

The “modern Mexican” cuisine of Tortilla Republic includes name-checked ingredients like Mary’s Chicken and American Wagyu beef, plus more than 100 tequilas and mescals. At a recent media preview, I’m happily surprised to find that the kitchen doesn’t hold back on chile heat, even in its well-made margaritas, assuring that the jalapeño version ($11) packs a double kick of Dos Armadillos reposado tequila and serious spice. Of the salsas offered with chips, a school-bus-yellow papaya-habenero version is extra good. Salsas with fruit often are too sweet, and weak in chile power—not so here. A fat chicken flauta ($9.75) is cut crosswise for pretty plating and easy sharing. It’s made with the aforementioned Mary’s, and you’ll taste the difference. The TR Hamburguesa ($15.75) showcases that American Wagyu—ordered rare, it comes with a sizzling, super-dark char and warm red interior. I liked its generous toppings: chipotle aioli, tomatoes, caramelized onions, watercress, and roasted poblano, and the addition of jack cheese is just right. Luxurious confit duck enchiladas ($23) are bathed in roasted red pepper-habanero cream sauce, achieving an irresistible flavor profile of rich-plus-hot.

You could say that being the chef of an O.C. beach restaurant is starting to run in the Tzorin family. Chris’ father Luis was chef of 21 Ocean Front in Newport Beach. “I feel like I’ve come home,” says Tzorin the younger, adding, “I’m living the life, in my kitchen with an ocean view.”