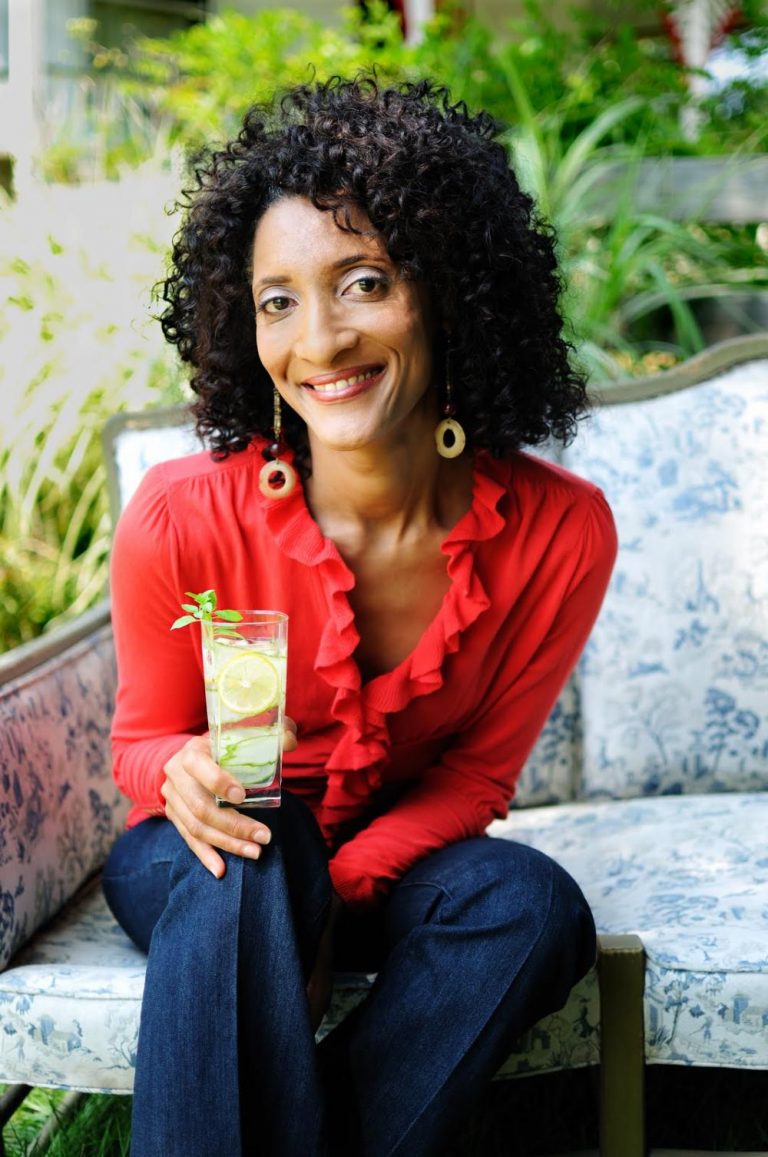 Among Bravo TV “Top Chef” alumni, Carla Hall, who demonstrated her signature chicken pot pie at the Orange County Fair Thursday, has to be the most beloved. As a finalist in Season 5 of regular “Top Chef,” and fan favorite in the most recent “Top Chef All-Stars,” she showed herself as the calm center of what was often swirling negativity, never failing to remind that cooking should be entered into with love, or not at all. She is fond of saying “If you aren’t in a good mood, the only thing you should make is reservations,” which always reminds me of Laura Esquivel’s “Like Water for Chocolate” (Doubleday, 1989), where cooking with a bad attitude triggers dire, if darkly comic, consequences.

Hall’s holistic approach to cooking is underpinned by major chops, the result of an eclectic, multi-layered mix of growing up in Nashville, European sensibility cultivated during after-college runway modeling, five years running a lunch-delivery business upon her return to the U.S., all before formal culinary training at Washington, D.C.-area L’Academie de Cuisine. Hotel restaurant sous-cheffing, a time as director and chef of a private club in Washington, and catering followed. “I’m a recovering caterer,” she said, maybe only half joking. “It’s been 210 days since my last event.” And after all that, of course, the life-changing “Top Chef.”

It was a pleasure to watch her offhandedly make velouté for the pot pie, “a fancy name for white sauce,” she said, explaining each step, all the while maintaining amusing patter with the sizeable audience at the fairground Hangar. When the fair’s boisterous, roving Caribbean street band passed by outside during her presentation, obliterating all other sound for a moment, she good-naturedly danced a little to the infectious beat and said, “You can’t fight the Universe. Don’t fight the Universe—just get into the flow.”

When I spoke to her after a long meet-and-greet line of fans was seen to patiently and individually, she reiterated that theme. “Everything I do is meant to get people into the kitchen. They can be so afraid! I want to show them that it’s OK if something goes wrong—it can be fixed.” That idea is reminiscent of Julia Child’s pioneering “The French Chef,” where things sometimes did go wrong, in full view of an unblinking camera. Hall said, “Making a show today, we have another dish ready if there’s a problem. We can do that—but at home, you can’t. And that’s OK!”

A determined but non-doctrinaire inclusion of vegetable-based dishes and non-alcoholic drinks distinguishes Hall among her “Top Chef” colleagues. “I don’t drink alcohol, and if I see that a chef has non-alcoholic drinks on the menu, I know he was thinking about me. And that is a place I’ll go back to,” Hall said. And though not vegetarian herself, she says, “I give vegetarians actual dishes, not just sides or starches. I want them to know I’m thinking about them.” This inclusive ethic will be reflected in the cookbook she’s working on, to be published in fall of next year.

Before that, it’s back to television, as one of the hosts of an ambitious new food show, “The Chew,” premiering on ABC in September. Along with fellow celebrity chefs Mario Batali and Michael Symon, Hall will explore food culture before a wider, network audience. She’ll undoubtedly bring the love, but I hope she’s also given time to teach from her deep well of knowledge, which she dispenses with confidence-inspiring enthusiasm.