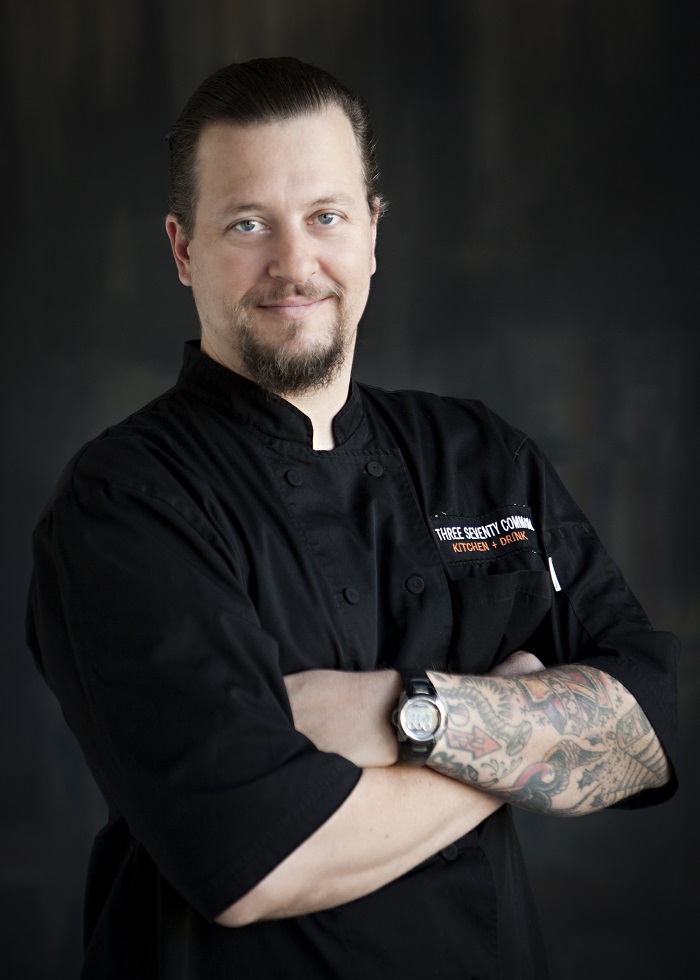 The North Left has quietly opened in downtown Santa Ana, in the space where The Crosby closed in January after the shocking beating death of a patron outside the restaurant during nightclub hours. Ryan Adams, chef-owner of Laguna Beach’s Three Seventy Common, is head of operations for the rechristened restaurant, and he’s completely retooled the place, including an all-new menu.

The North Left menu hasn’t kept any Crosby dishes, but there is a familiar face in the kitchen: Adams brought back chef Aron Habiger, who worked at the restaurant from its 2008 start until leaving last August. Andy Markuson, service supervisor and beverage manager at Three Seventy Common, is now manager of The North Left.

“We’ve changed the entire menu concept so it’s a fresh start—a rebirth in a way,” Adams says. “We’re offering small plates—it’s a perfect spot for the grazer, or the diner. It seemed to be a niche that had not yet been filled, as you have Playground with their very adventurous dishes; Chapter One, more bar/comfort food; and Lola Gaspar offering their great Mexican food. I know we’ll be a great fit for the community.” It’s early yet to identify a breakout bestseller, but Adams already sees a trend for some of his small plates, including sea bass, scallops, and oxtail.

North Left owners Chris Alfaro, Phil Nisco, and Marc Yamaoka originally explored the idea of Adams purchasing the Crosby, though “that was out of the question due to the cost involved,” Adams says. “However, I really felt that I could help by becoming a consultant and reconfiguring the entire menu. After our discussions, they saw the value in [their] staying involved, and so far things have been working out well.”

Can the restaurant, and its customers, move beyond January’s grim circumstances? “It was an unfortunate and tragic event that occurred outside The Crosby and neighboring businesses,” Adams says. “However, the closure allowed the owners to develop a new concept, which is why we’ve opened The North Left as a new restaurant. The nightclub environment is of the past, and today we are all about the food.”