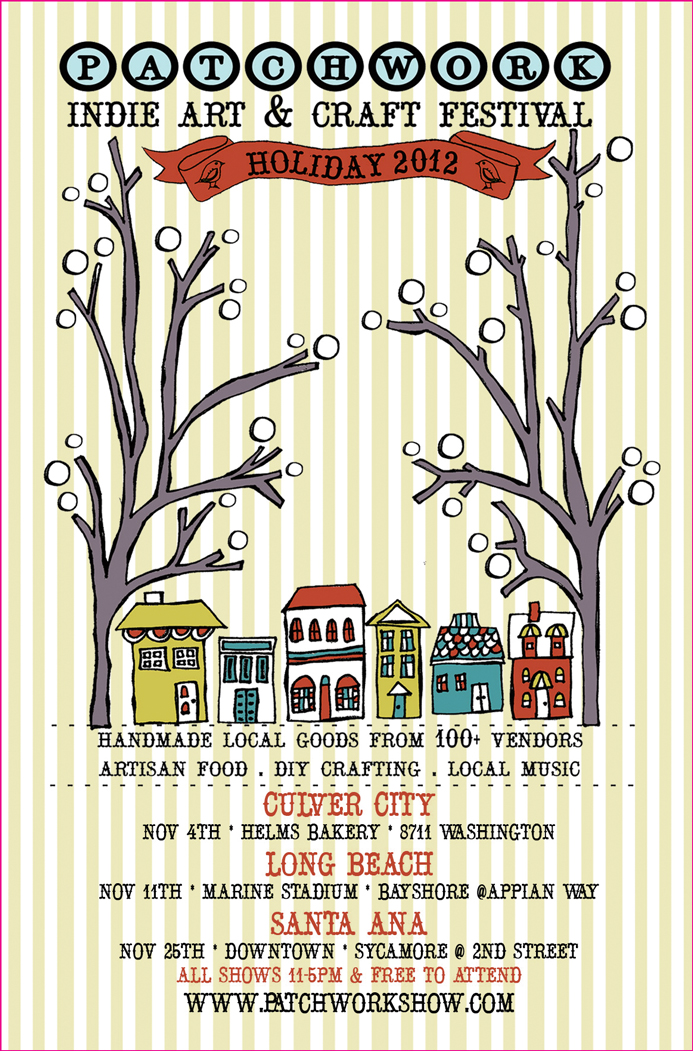 The biannual Patchwork Indie Arts & Crafts Show makes its holiday-season appearance in downtown Santa Ana on Sunday. Expanded in recent years to include Patchworks in Long Beach, Culver City, and Oakland, Santa Ana is where the brainchild of dynamic Road Less Traveled owner Delilah Snell and her same-age niece Nicole Stevenson, an artist and clothing designer, got its start.

The food world will be well represented at this 11 a.m.-to-5 p.m. celebration of the handmade and the artisanal as more than 30 food vendors ply attendees with deliciousness at the intersection of Sycamore and Second streets. A bonus this year is an appearance by Cooking Channel personality Aida Mollenkamp, who’ll sign her new book, “Keys to the Kitchen: The Essential Reference for Becoming a More Accomplished, Adventurous Cook” (Chronicle Books, $35), at 1 p.m. in Snell’s store, adjacent to the festival site.

The two met at one of Snell’s canning classes—a UC-certified master food preserver, Snell teaches a wide variety of food-preservation techniques—and Mollenkamp became a presenter at Stevenson’s and Snell’s inaugural Craftcation DIY-entrepreneur conference. She’ll speak at Craftcation 2013 in March, as well. “We love Aida’s cooking style,” Snell says, “and want to support the book, which focuses on basic techniques for people to feel confident in the kitchen, kind of like what we do in our workshops. We’re just thrilled to have her in O.C., and Patchwork is the perfect venue.”