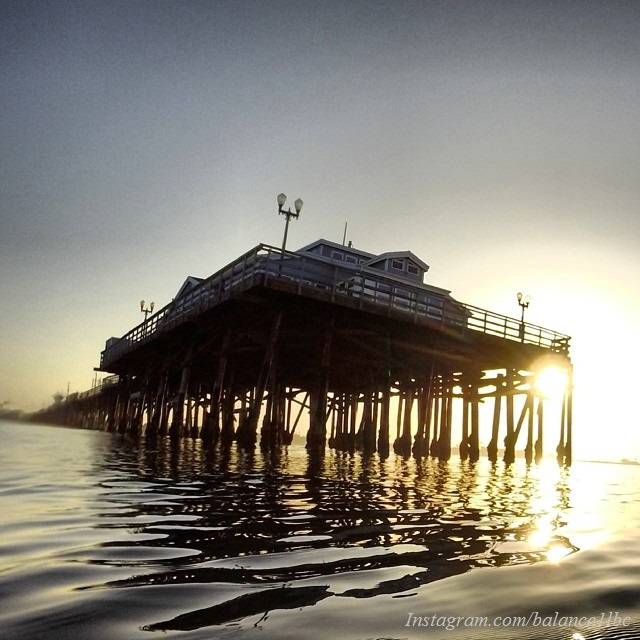 The Seal Beach pier may be getting a new restaurant to replace the Ruby’s that closed more than a year ago, but we’ll have to wait a while to dine there. The new Off the Hook, to be operated by Seal Beach residents Wendy Rothman and Vanessa Rothman-Travis, the mother-daughter team that has owned the Original Fish Company in neighboring Los Alamitos for more than 30 years, could be 18 months in the making.

“It’s very early days,” says Rothman-Travis, who adds that building on the pier adds many factors to the already lengthy list required of any restaurant opening. “We’ve just started talking to the city, and a lot will be up to the Coastal Commission. But it has to be right. We want it to look right, to feel right, to be welcoming to locals and to visitors, too. We live here, and we like the small-town, quaint feeling.”

In keeping with that, Rothman-Travis sees the new place as inclusive in every way including price. “What appeals to me is doing a place that can be more everyday—affordable, with great food in a great environment.” The picturesque pier has the environment side covered, and Rothman-Travis has ideas for the food. “We’ll bring over some of the classics from Fish Company, like the shrimp cocktail, the chowder, and the bread bowls. But the menu won’t be seafood focused—there’ll be fish tacos, but also a chicken sandwich, a great hamburger, pasta dishes, and will be real kid-friendly.”

Her original restaurant, of course, is mostly about seafood. “People think of Fish Company as special occasion,” she says, “and it is—we’re putting the highest-priced, highest-quality proteins on the plate.” The Los Alamitos institution will continue doing just that—in fact, in two weeks it will undergo an extensive remodel that will add banquet facilities, enlarge the fish market to three times its current size, and install what Rothman-Travis describes as a “massive” bar that’ll have sports on TV and its own menu.

Sounds like the co-owners have plenty to keep them busy during the long lead-up to Off the Hook on the pier.