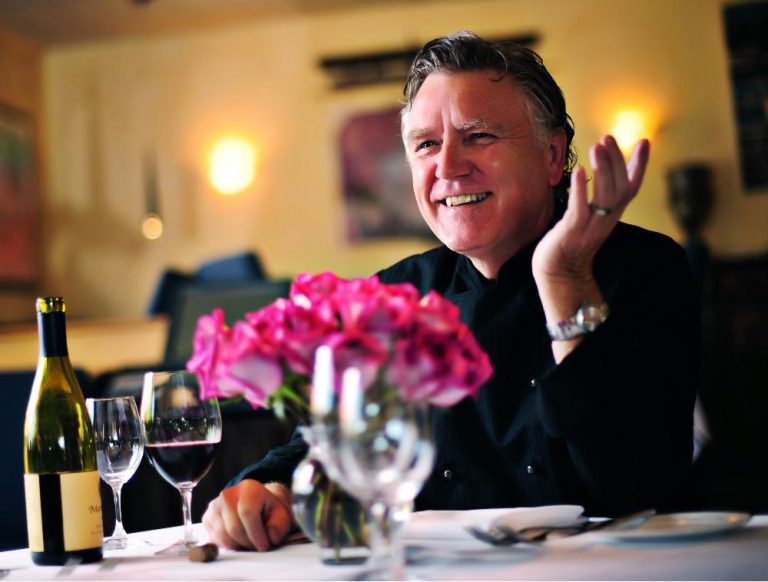 It’s the end of an era, but not the end of Pascal. Pascal Olhats, Orange County’s best-known French chef, is closing his flagship Newport Beach restaurant, Tradition by Pascal, next month.

After 24 years, Wednesday, Feb. 15, will be the final day of service at the long-running restaurant. Good to know Olhats’ many fans will still be able to get the food they love at his other restaurants, including Pascal Epicerie next door. Olhats also owns Brasserie Pascal in Fashion Island, Pascal at Hutton Center in Santa Ana, two restaurants at Sherman Gardens in Corona del Mar, Café Jardin and Tea Garden Crêperie, and is chef and managing consultant at French 75 and Savannah Chop House. (He’ll also consult for the new tenant in the Tradition space—so maybe the house will continue in a French vein?) Until closing day, Tradition will serve a prix-fixe menu called “The Best Of,” featuring such beloved Olhats dishes as sea bass with thyme, and Dijon-crusted rack of lamb.

Gretchen Kurz, Orange Coast’s dining critic, notes Olhats’ role as an Orange County culinary thought leader: “It’s hard to imagine that Bristol Street center without Pascal’s flagship shop. Generations of diners have made it their default choice for celebrations and feasts of fabulous French cuisine. Pascal taught O.C. diners the delicious breadth and width of fine French cooking, and many a chef in these parts has passed through his kitchen. Lots of us owe him a huge merci for his lasting imprint on our dining landscape. I’m just relieved we can still savor his work at the Epicerie and the Brasserie.”