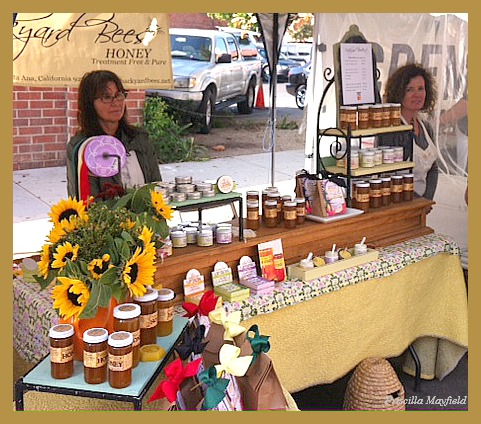 Familiar Orange County food-world faces were everywhere at the Patchwork Show in downtown Santa Ana Sunday, including Janet Andrews and Kelly Yrarrazaval of Backyard Bees, bee rescuers and honey doyennes I wrote about in Orange Coast’s August issue. I was happy to score a jar of their unprocessed liquid amber. I don’t think it’s talking out of school to note that Seabirds, O.C.’s vegan-superstar gourmet food truck, had the longest line by far. Some of those hungry people were indeed vegan—but it’s like I always say, this truck’s vegan food is for omnivores. Read about Seabirds’ ecookbook in Taste of Orange County here, and get the signature Seabirds Sauce that founder Stephanie Morgan shared with me here—which is not in the book. You might have read that Morgan will guest-chef Dec. 6 through 8 at the Back Bay Tavern inside Whole Foods Newport Beach—surely a win-win.