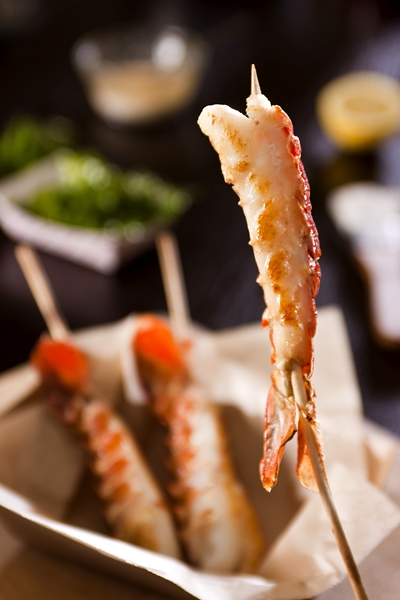 Everything’s going according to plan: SlapFish, immensely popular in Orange County gourmet-food-truck circles, recently retired its mobile unit to drop anchor in Huntington Beach. Due to open a brick-and-mortar location in early March, the sustainable-seafood purveyor, whose diabolically delicious langoustine-on-a-stick Lobsticle made Orange Coast’s 50 Best Dishes in O.C. in our December issue, has no plans to tread water.

Business partners Andrew Gruel and Jethro Naude are already scanning the horizon. Executive chef Gruel says, “We’d like to have three locations in Orange County in the next two years. Definitely in the Costa Mesa or Newport area, but we’ve had great reception all over, wherever we’ve taken the truck—inland to Fullerton, or further south, to Laguna or Aliso Viejo.”

The fast-casual SlapFish menu will be an expansion of what was possible on the truck, including fish and chips using Atlantic hake, a SeafoodWatch.com “good alternative.” Menu items will change according to season and availability, and Gruel foresees an oyster bar in the 60-seat restaurant’s future—extra good news to me. And I am very happy to report that, yes, there will be Lobsticles.

Something interactive for fans: After the restaurant’s up and running, Gruel plans to solicit menu suggestions, and, after testing, put the winning dish on the menu, using the name of the person who supplied it. And, as long as it remains on the menu, the namesake suggestor can order the dish for free.

I’m always hoping for great, casual fish places in O.C.—for a seaside county we’re almost shockingly underserved in the category. SlapFish, having tested the waters and found them teeming with hungry customers, is doing its part.