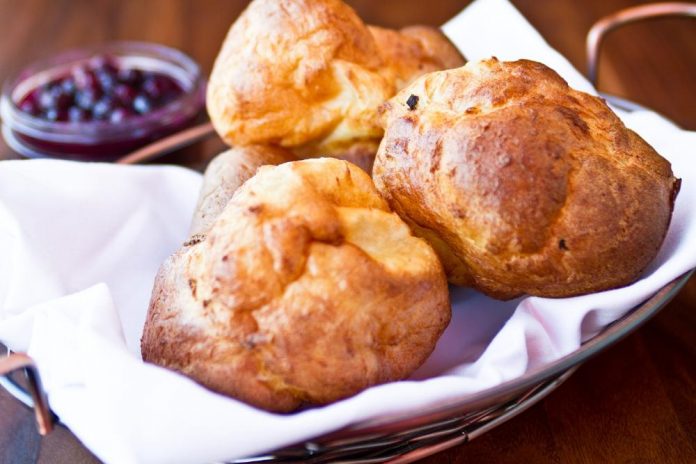 A recent preview of ambitious, Disneyland- and stadium-adjacent The Ranch portended rollicking good times whether your pleasure be food, wine, busting some country-and-western moves—or all three. I tried—as part of my ongoing Rosé Project—an Italian rosé of Sangiovese that was just delicious. How often do you even see an Italian rosé? Color me intrigued. Senior Editor Chris Christensen surveyed the scene, too; her impressions follow.

The O.C. must be the envy of the country with all its restaurant openings. The wild-and-wooliest is The Ranch, in Anaheim. If you haven’t been there, you might want to ride on over, but pack some dancing boots in your saddlebag.

The place, which marries restaurant and saloon and is on the ground floor of the new six-story Extron Electronics building, is way more intimate-feeling and elegant than I expected, with all those wood beams, flagstone supports, and mellow lights. Silly me to think it might be cavernous and cold. Media night fare, mostly nibbles, were tasty if not wholly reflective of the menu on the mostly up-and-running website. We sipped signature Sage Brush martinis (vodka and sage muddled with lemon and orange juice, and a hint of agave nectar), and dipped into a lovely Spanish seafood salad that starred octopus—cooked perfectly—with olives and roasted potatoes.

It’ll be interesting to see how the American regional cuisine is executed: freshly baked popovers, North American silver barramundi, American-raised Kobe beef carpaccio, Chesapeake Bay blue crab sliders. Chef Michael Rossi, formerly of Napa Rose and Ambrosia, certainly has the chops. But the website says the menu “honors California’s great ranches, farms, and dairies,” while also noting that the lamb is “flown in from Colorado.” And why Chesapeake Bay blue crab instead of our own in-season Dungeness? Hmmmmm—methinks it’s time to either commit to California or change the website.

Andrew Edwards, who owns The Ranch and Extron—and the farm that provides the restaurant’s organically grown produce—was eager to talk about his long and carefully planned project. A North Carolina native, he says he’s always wanted a place where you could kick up your boots and have fun. Tall, slim, silver-haired, and wearing black from his boots to his cowboy hat, Edwards is as smooth as his saloon’s dance floor, where he two-stepped with his fiancée, Morgan, later that night. The two met on the dance floor of the Old Crazy Horse, by the way.

It’s all coming together now, isn’t it?

You can tell he settles only for the best. In addition to Rossi as chef, the wine guru is master sommelier Michael Jordan, formerly of Napa Rose. Assume that with Jordan’s taste and Edwards’ deep pockets, the cellar rocks. Pastry chef? Rossi’s talented brother, David Rossi, formerly of AnQi and Ambrosia.

This place is fun. I already imagine bringing out-of-towners, and getting a seat close to the dance floor and live band. If we arrive early, we’ll get free dance lessons. That’s right. Just show up and you can learn the two-step at 6:30, line dancing at 7:30. (I’m telling you, for Edwards, it’s all about having fun and lookin’ good.) And in late summer, when the 6th-floor demo kitchen is completed, you can learn to cook good, too. ~ Chris Christensen