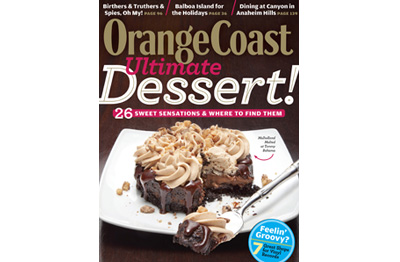 We’ve had pie, buñelos, cake, and cookies—surely the time for homemade candy is nigh. The penultimate dessert recipe in ToOC’s series of staff favorites is for, fortuitously, pralines, from Editor in Chief Martin J. Smith, or, more importantly, from his mother, a provenance which is of course the absolutely hands-down best any Southern recipe can ever possibly have. Other Southerners are likely to have opinions about these particular pralines, as well as any others not made from their respective family recipes. The rest of us, in blissful ignorance, will find it remarkably easy to be models of inclusiveness and tolerance.

A few years ago, I self-published a collection of recipes from my extended Southern Gothic family called “Oleo, Velveeta & Mango Salsa: A Cookbook of the Old South, the New West, and Everywhere Else We’ve Scattered.” It includes a recipe for maple-flavored Southern Pecan Pralines from my mother, Helen Vance Smith, that reliably spikes my sugar level into the red zone during the holidays. They melt in your mouth, but beware. They also might melt your teeth.—Martin J. Smith, Editor in Chief

Mix sugar and soda in a deep, heavy saucepan. Add half & half, and bring to a boil over medium heat. Stir carefully to keep from boiling over. Mixture caramelizes slightly as it cooks. Cook to soft-ball stage, 234 degrees on a candy thermometer, or when mixture can be formed into a soft ball when dropped into cold water. Remove pan from heat and immediately add butter and maple flavoring. (Measure butter accurately; too much may keep pralines from firming). Add pecan halves. Beat mixture with a tablespoon until thick enough to drop from spoon. Using two teaspoons, one to scoop and one to push, drop onto wax paper to cool. Add 1 to 2 drops of water as necessary if mixture gets too thick.