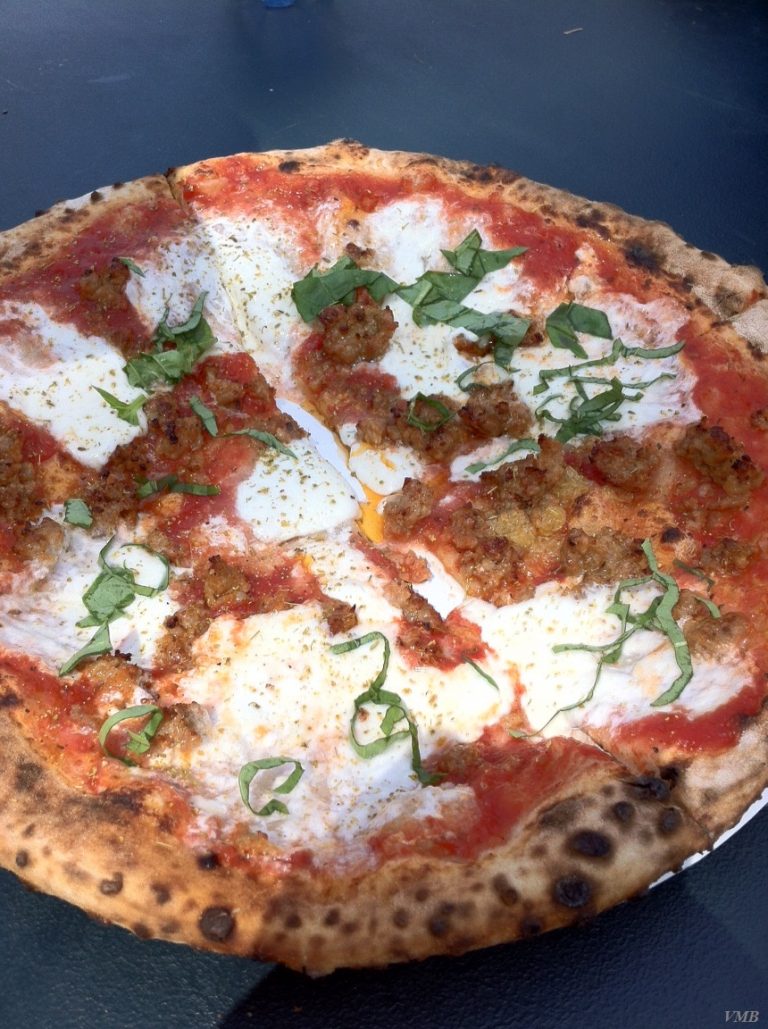 At the Great Park Farmers Market Sunday mornings, we’re after two things—great produce, and pizza from TJ’s Woodfire. Along with our habitual four-cheese and margherita, this time we tried TJ’s luxurious Giannelli—which, in addition to sauce and regular mozz, has burrata, crumbles of sizzled Italian sausage, fresh basil, and a shower of aromatic fennel pollen ($17). Pretty incredibly delicious! Owner Tim Gonzales says that since it’s been on the menu, the Giannelli has developed its own following. Wherever TJ’s is serving—and you’ll recall it’s a mobile pizza operation you can keep up with via its Twitter and Facebook accounts—people are there, wanting the Giannelli. Completely understandable.