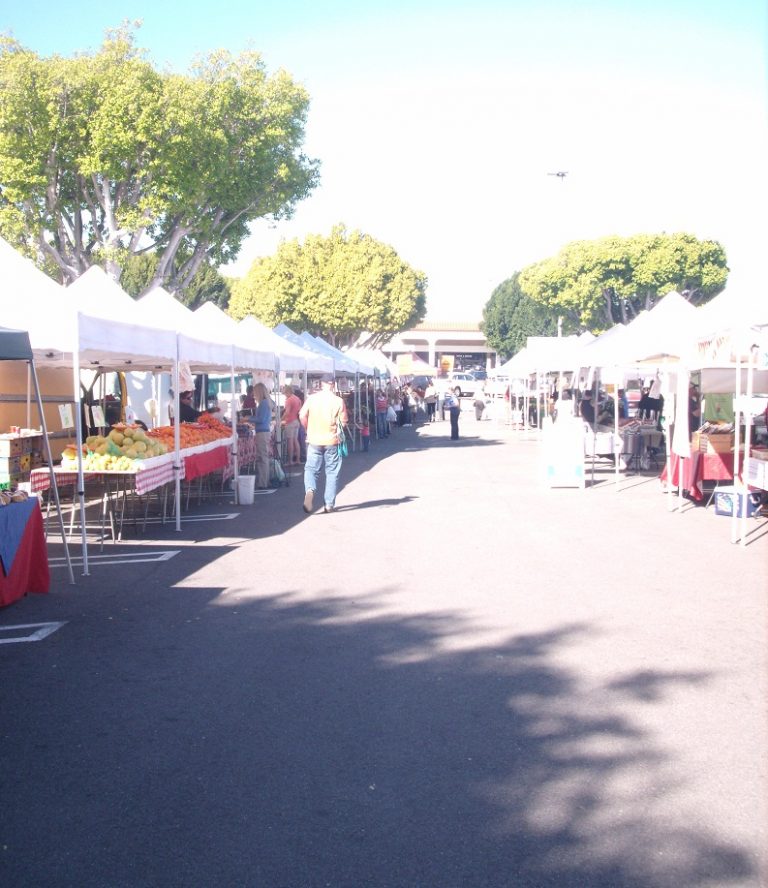 As I have written elsewhere, the Friday Laguna Hills Farmers Market, out on the tarmac there at Laguna Hills Mall, might be my favorite of those I visit with any regularity. What I like so much is stone simple: It is a real cook’s market, majority stocked with fruit & veg, no macramé and incense diluting the lineup. And parking is E-Z, which, as I have also previously mentioned, is definitely not the farmers market rule but the exception. Of course, it helps that I am also amused by its proximity to the early-1970s Sears façade looming over my shoulder as I pick out my produce; un- or minimally improved save for standard logo updates, almost in its way pristine.

Nothing, not a thing, against Sears—bought many a refrigerator water filter in that convenient parts and repair annex, often in combination with farmers marketing (I just do not do single-item errands.) It is a pleasure, in fact, to see a building that so pithily and honestly and accurately testifies to where we were at a point in time. Somehow it has avoided being completely tarted up to what passes for modern, at least up to now—news of the mall’s food court closing, which I don’t even know where it is in there, rumbled across the local foodosphere just today, so additional change may well be afoot.

Today was a quiet day at this market, which is often bustling, but loads of beautiful produce was on offer. I bought spinach and Satsuma mandarins, leeks, lemons, superripe organic strawberries, plus whatever else I’m forgetting just now, and planned on the fly the Saturday menu that had been bedeviling me all week. See, farmers markets can solve problems! At least, the pleasant problem of what’s for dinner.

(There is a list of all Orange County farmers markets, their schedules & locations, at OCFoodNation.com.)