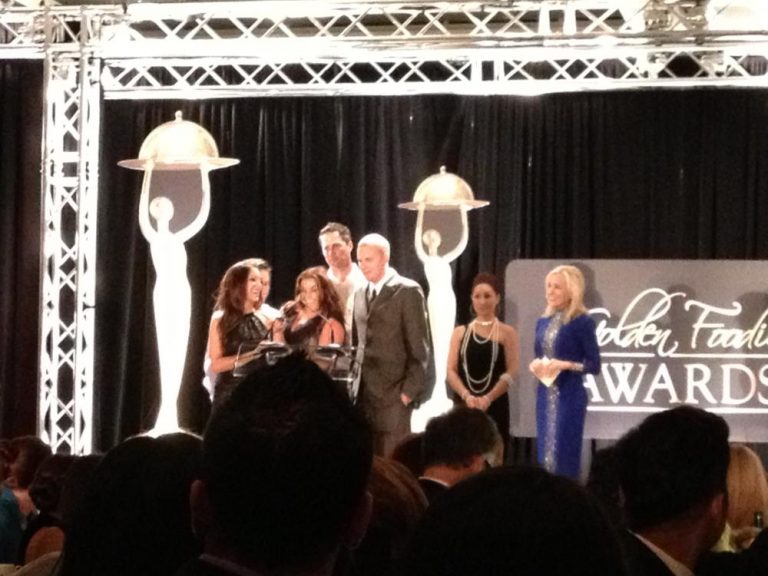 The Golden Foodies have been bestowed. And, as promised, Senior Editor Chris Christensen reports.

Sunday night’s first annual Golden Foodie Awards was a red carpet event, complete with a gaggle of “Real Housewives,” O.C.’s food glitterati, cameras, flashing light bulbs, and big winners—the biggest of which was Yvon Goetz of The Winery, who went home with a shapely little someone, the glistening Golden Foodie he received for best chef.

Comedian host Frances Dilorinzo kept things rolling at the Fairmont Newport Beach, telling the audience that the same folks who designed the Emmy and Oscar statues also created the Golden Foodies. But the latter is “lighter,” she quipped, “due to binging and purging.”

She took a few lighthearted shots at the O.C. “Housewives,” who sat ringside with their significant others and were filmed throughout the night for scenes in the series. At the door in fact, attendees including moi signed waivers granting permission to use our images should we end up in the show. Rumor has it that the owner of a well-known cupcake company refused to do so and voluntarily left.

The Oscars has nothing on us.—Chris Christensen