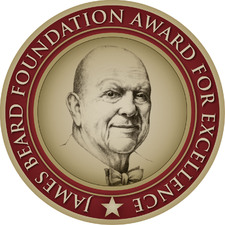 This is the second Beard award for Grape Radio, which won in 2008 in the same category for Stewards of the Land, a look at California’s Russian River Valley wine region.

The Beard award for Cookbook of the Year deservedly went to Diana Kennedy’s opus, “Oaxaca al Gusto: An Infinite Gastronomy” (University of Texas Press, 2010), which I wrote about in December. You can read my post by clicking here, and sample a great recipe from the book here.