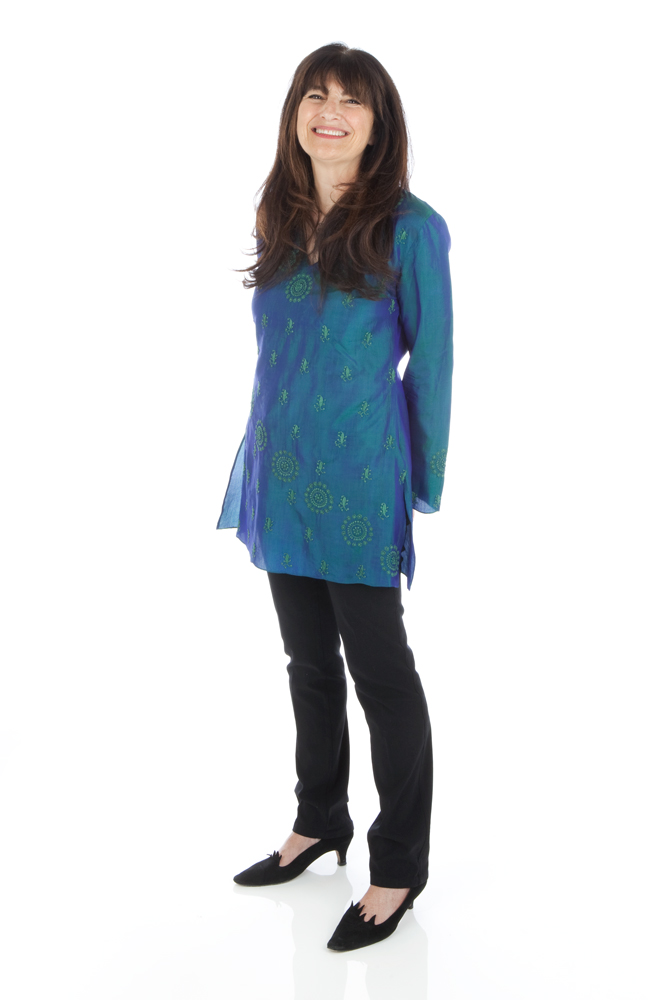 I got way more than I bargained for seeing Ruth Reichl Saturday at the Newport Beach Public Library (part of the library foundation’s Witte Lecture Series). I knew I’d be hearing interesting stuff from the ultimate food-world insider, an editor and writer whose books I read, for whom I have the utmost respect. What I didn’t anticipate was getting a booster shot of good, old-fashioned consciousness-raising that had me brain-screaming RIGHT ON at several points.

My reaction belied somewhat the title of her talk, “Present at the Revolution: How America Became a Nation of Foodies”—although that story was indeed told with all its attendant twists and turns, its facts and juicy details. Woven throughout though, and highly REinspiring to me, was the constant reminder that the revolution is SO not over, even though many of its once-fringy issues are now part of a national dialogue on food-related subjects that is, no other word for it, mainstream.

Of course this is largely due to Reichl herself, who, when she was editor of the LA Times food section, turned it into one of the most important sections of the paper by sensibly, though at the time radically revolutionarily, insisting on a journalistic approach to food reporting. I used to say it was like the National Geographic of food, delivered to my doorstep. It got me right in the trifecta of newspaper love, insatiable food literature reading, and fanatical cooking. She left the LAT to be the most powerful restaurant critic in the land at the NY Times, and from there revitalized the erudite, but stodgy and culturally-lagged Gourmet Magazine, which as we all know came to an unfortunate end in 2009.

Reichl hears the what-happened-to-Gourmet question so often that she started the Q&A herself, asking and answering it. The magazine had record subscriber numbers, record renewals, critical acclaim, she said, but its main advertisers were companies marketing the sort of luxury goods that took a dive during the recession. So, now we know. But we still don’t have to be happy about it.

I thought it inevitable that she’d be asked about Twitter’s slightly outrageous, often hilarious Ruth Bourdain—a mash-up of Reichl and Anthony Bourdain who interprets Reichl’s koan-like tweets with Bourdain attitude and vocab—created by an anonymous, though clearly talented, writer. Didn’t happen, though she was asked what she thought of regular Bourdain. “Tony Bourdain’s mother was my copy editor when I worked for the New York Times,” she said. “He acts like this big tough guy, but he’s a sweetheart.” Bourdain wrote several pieces for her during the Gourmet years, and she considers him “a pal.”

At the end, I was glad to hear a question close to my heart, as Reichl has always placed as much importance on the subject of cooking for your family as telling the fascinating stories of restaurant food: What does Ruth Reichl cook at home? (Those who follow her on Twitter have an idea.) “After being a restaurant critic for a while, your home cooking gets simpler and simpler. You’ve had all this food that’s had so much done to it, by so many hundreds of human hands….” It’s easy to appreciate how true this must be. Reichl went on, “I’m a firm believer in home cooks not doing chef cooking… I cook things like roast chicken and potatoes, sautéed spinach, salad, pasta.”

Shouldn’t we all? Reichl has done as much as any person I can think of to place, or replace, that idea at the center of American food culture.