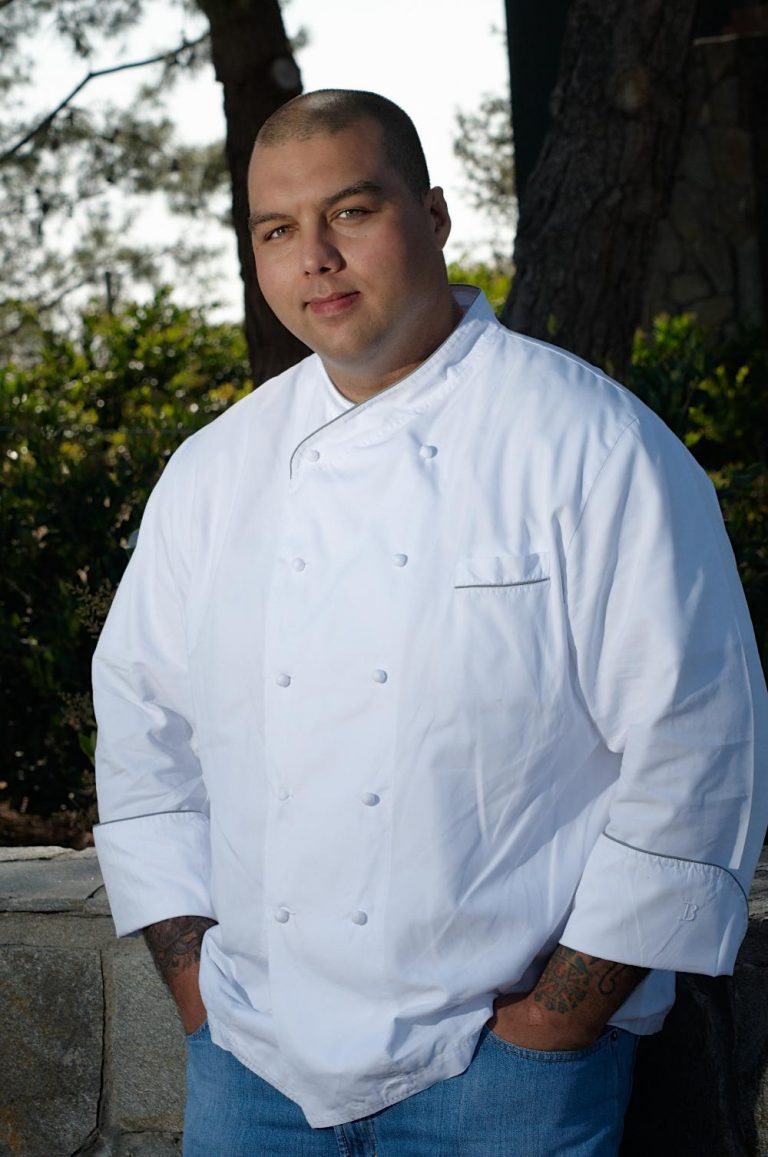 You might have noticed that chef Joe Youkhan’s foie gras slider, from his Tasting Spoon food truck, was one of the 50 Best Dishes in O.C. in Orange Coast‘s December cover story. This SO worth-it indulgence from the Rancho Santa Margarita-based gourmet  food truck also appeared in Taste of Orange County back in July. Read about that here. Get it while you can, by the way, for the end is nigh—California’s controversial ban on the luxury liver goes into effect on July 1 of next year.

A good opportunity to try comes next Monday, Dec. 5, during the Tasting Spoon’s 12:30 to 2 p.m. lunch stop at the SoCo Collection in Costa Mesa. Youkhan’s custom rig, unmissable in its surrealistic, blown-up tattoo-art wrap, will be filmed by “Eat Street,” the Cooking Channel food-truck show, during service.

“We’re crazy excited,” Youkhan said. “I’ve watched shows on the Food Network—now on the Cooking Channel—for years, and some of them have been very influential on me. To think that we’ll be on something like that, be part of that—it’s exciting.” The aforementioned slider will be available, and the chef gave a partial rundown of what else he’ll feature from his eclectic menu: “We’re going to have some of our signature dishes: five-cheese pizza bianca, our butter-milk-marinated calamari, arancini with marinara, and something sweet—candied-ginger crème brulée.”

I love the fried squid—OK, OK, calamari—just an excellent take on one of my very favorite foods. It seems clear that even after foie gras goes away, there’ll still be good things to eat at the Tasting Spoon.

“Eat Street” is filming other local trucks, too: Crepes Bonaparte, Home Skillet, and Seabirds all will turn up on future episodes. Seabirds’ organic, vegan cuisine supplied another of our December-issue 50 dishes—the famous, fabulous beer-battered avocado taco, which is served with the secret, signature sauce divulged in an earlier Taste of Orange County. Read the post with the recipe here.