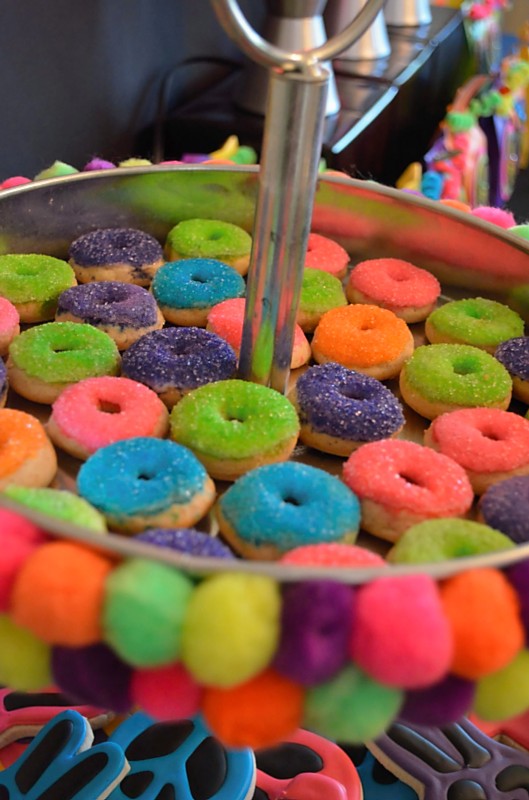 Yes, yes, we’ve heard. Cupcakes are SO over. (Somehow the many continuingly successful cupcake enterprises have avoided getting the word, though.)

Nicole Anderson puts it more gently—she says she broke up with the cupcake for the mini doughnut. “I’ve baked from the moment I could hold a hand mixer,” she says. “My mom and grandma like to bake, so I followed in their footsteps.”

An early resident of Orange County’s newest city, Aliso Viejo, where her family moved when she was a child, Anderson, 23, last year started Dough-a-Deer with an eye on party, wedding, and corporate-gift customers. The company crafts customized, baked (not fried) mini doughnuts, and sells online. “I had a cupcake business prior to getting married last year,” Anderson says. “But then I decided to go with these little babies, and they took off!”

Airy and light, topped with tinted white chocolate, Anderson’s little cakes are more like petits four or iced bon-bons than a traditional, oily doughnut (not that I’ve got anything against traditional or oily, mind you). The non-gloppy icing is not oversweet, and makes a fine foundation for the sprinkles Anderson applies with abandon. She makes doughnutbabies (1-1/2-inch diameter, $11 to $13 a dozen) and 3-inch doughnutmamas ($14 to $16 a dozen) in seven flavors, customized for events like births and bar mitzvahs.

“I’m kind of a mad scientist in the kitchen,” Anderson says, and one result is doughnutruffles, hand-rolled and  -dipped confections ($22 a dozen) in flavors including the Elvis (peanut butter-banana-chocolate). A very new addition is savory doughnuts—doughnutizers—in curry, spicy red pepper, and tomato-basil, designed to serve with dips or top with sliced meat ($14 a dozen).

Next up for Dough-a-Deer, securing its own (with partner Cake Walk Desserts) bricks-and-mortar location. For now, Anderson bakes in a leased Aliso Viejo commercial kitchen.

Even though they’ve broken up and she’s moved on to mini doughnuts, I hope Nicole Anderson and the cupcake have remained friends. There’s room under the big dessert tent for everything sweet.