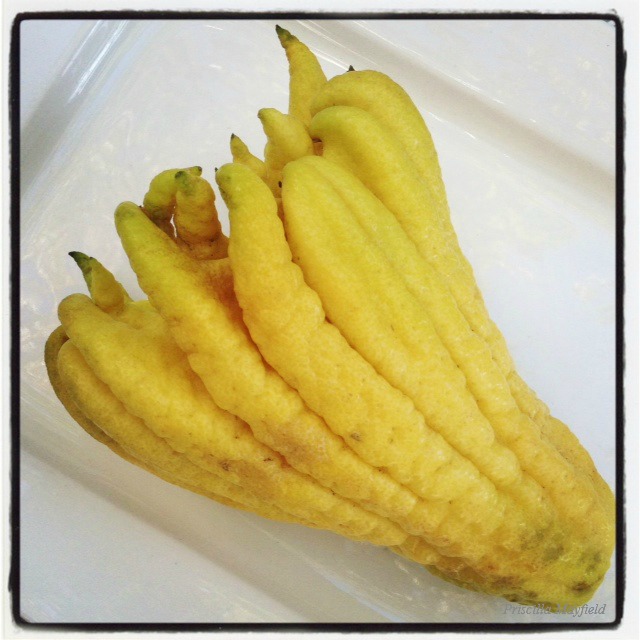 You’d be forgiven if you recoil the first time you see a Buddha’s hand citron. Said to be one of the oldest varieties of citrus, it looks like a large lemon that’s somehow split and separated into grotesquely gnarled fingers worthy of a horror movie. Look again, though, and—most importantly—sniff. The fruit’s incredible flowery fragrance immediately wins you over.

They’re in season now, and the nice people at Los Alamitos-based Frieda’s Produce sent me one the other day. I’ve been reveling in its ability to subtly perfume an entire room. This is apparently one of its major uses, though in years past I’ve chopped it up for chutney, and I imagine it would be fab for marmalade—which is likely the fate of my present specimen. But truly, for the aromatherapy alone it more than earns its keep.

I’ve bought it from backyard growers—there must have been a vogue for planting it some decades ago, because you’ll find it in home orchards in older neighborhoods. Farmers markets citrus specialists will often have it, conspicuously displayed among the more conventional round fruit, or of course you can always ask your supermarket produce manager to procure one from Frieda’s. Treat yourself. No other citrus does as much by just merely existing.