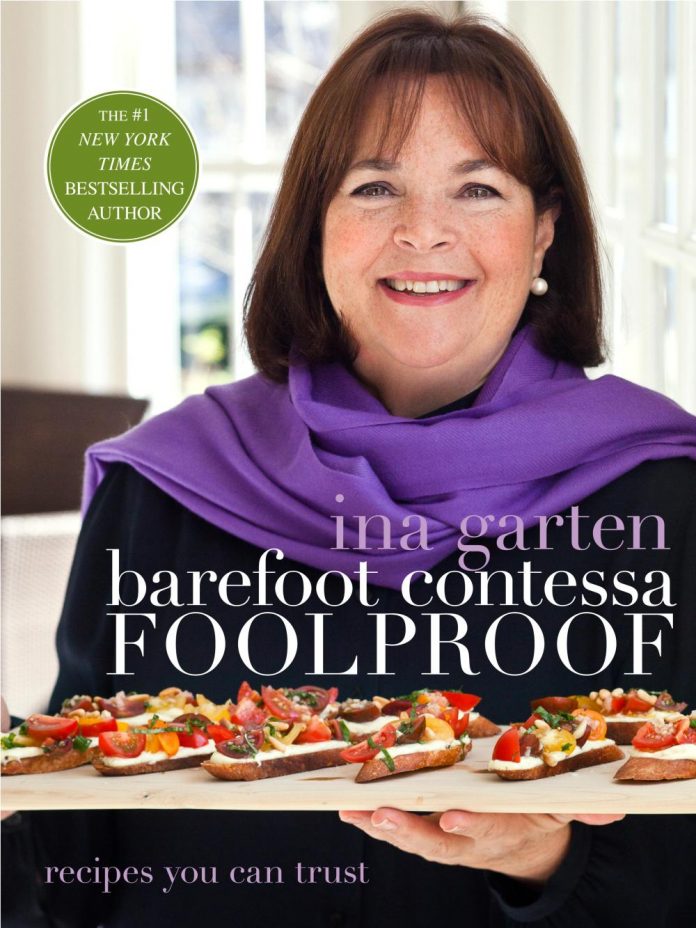 Ina Garten, who will be at Williams-Sonoma in South Coast Plaza tomorrow to sign her new “Barefoot Contessa Foolproof: Recipes You Can Trust” (Clarkson Potter, $35), has got to be about the most beloved individual in the world of food. Even Anthony Bourdain, whose gleeful rips on Food Network personalities constitute a sizeable portion of his prodigious activity on social media, has only nice things to say about Garten.

Certainly some of the admiration is due to her calm, competent kitchen manner and gracious, Hamptons-casual entertaining style. But there’s something else, surprisingly rare among food-world celebrities—people actually cook from her books. Her recipes, many of which are available online at the Food Network website, have that ineffable quality that sends you into the kitchen, poking around for ingredients. More important still: They work.

The new “Foolproof” doubles down on her trademark you-can-do-this ethic, with dishes inhabiting ordinary categories such as cut-up baked chicken elevated with simple, good-cooking trucs. Crispy Mustard-Roasted Chicken has a little lemon zest in the crumbs, and Dijon mustard mixed with white wine replacing the usual egg wash. The result is something you’d not hesitate to serve to guests, yet is entirely simple enough for week-night dinner. It’s a rare recipe whose seasoning I don’t have to adjust way up, but Garten’s are fine as written. In the mustard-garlic baked chicken, for instance, there’s salt and pepper in the crumb mixture, and the chicken pieces are seasoned before coating. That’s called attention to details, and the result is every bite tastes great.

Another dish I loved is a savory Mushroom-Leek Bread Pudding—and I’m seriously considering Garten’s suggestion that it replace dressing at the Thanksgiving table. I didn’t have to tweak the salt level, either—Garten called for a tablespoon, not so much considering the large volume of ingredients, enough to fill a 13-by-9-inch pan, but an amount other chefs would hedge, I think. Mushrooms, leeks, eggs, cream, chicken stock… all take salt to make them taste their best. I can see making this in individual ramekins and serving with roast chicken, or substituting vegetable stock to make a vegetarian main.

Almost all of Garten’s recipes are foolproof—her “how easy is that” catchphrase is an honest statement of intent. The selection in this particular book has an especially tried-and-true feeling—a bit streamlined, maybe, but in no way stripped of distinguishing features. A small amount of chopped tarragon I thought would be all but lost in the savory bread pudding, for instance, lent an essential aroma and flavor to the finished dish that I remember as much as the tender leeks and earthy mushrooms, as I ponder making it again. Look for the above-mentioned recipes in Taste of Orange County tomorrow.

Friday’s signing is at noon, and a Williams-Sonoma book purchase is required. Call the store, 714-751-1166, for information and reservations.