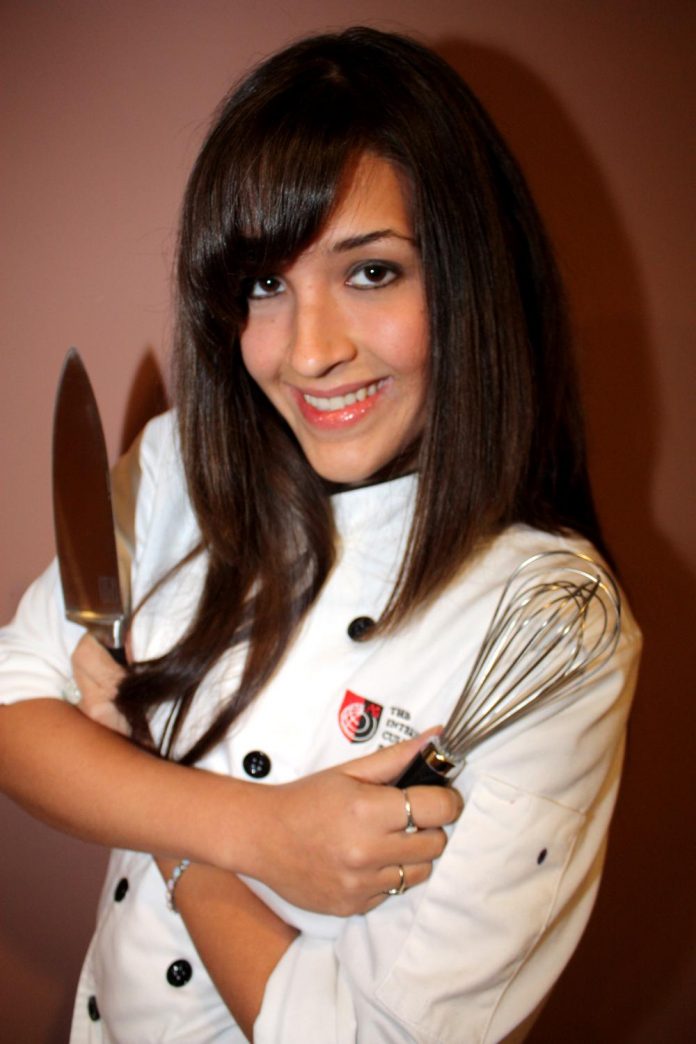 When a restaurant group needs fresh ideas, it could do worse than turn to fresh chefs—as Orange County-based Gala Corporation did Saturday, Jan. 21, challenging students in the Art Institute’s culinary program to design a dish for a new restaurant coming to Santa Ana. The fast-casual concept, Fresh Griller, will serve, yes, grilled offerings, as platters, bowls, wraps, or salads.

The culinary arts students were given two hours to work, and charged with providing protein, starch, and vegetable, keeping the whole thing under 600 calories. Entries were judged by Gala executives and the corporate chef in charge of research-and-development for the new restaurant.

Second-year student Ashley Howie was the winner, with a fusiony assembly of mirin-glazed, boneless chicken thigh served over curried rice, topped with her own zingy, antioxidant-rich chimichurri sauce. Howie, 21, who commutes from Monrovia to the Orange County campus, will graduate in a year with a B.A. in culinary management. Like all students in the program, she’ll spend an academic quarter working in the student-run 50 Forks restaurant, in both the front and back of house.

At the Fresh Griller competition, Howie eyed others’ more elaborate creations and worried a bit. “I was afraid my dish was too simple,” she says. “I was finished way before everyone else, and I thought, mine is way too simple—but that ended up being just what they were looking for!”

Cooking healthfully is nothing new for Howie—over the past year or so she’s lost 70 pounds cooking for herself, and following Weight Watchers guidelines. (You can see the results in her beautiful photo.) She also writes about food—you can find her on Examiner.com documenting her original recipes. I think Ashley’s a natural for her own food blog!

Her recipe for guilt-free chimichurri sauce follows—you can, as she says, put it on just about anything and it’ll taste good.