Home Uncategorized Always Something on the Rise at OC Baking 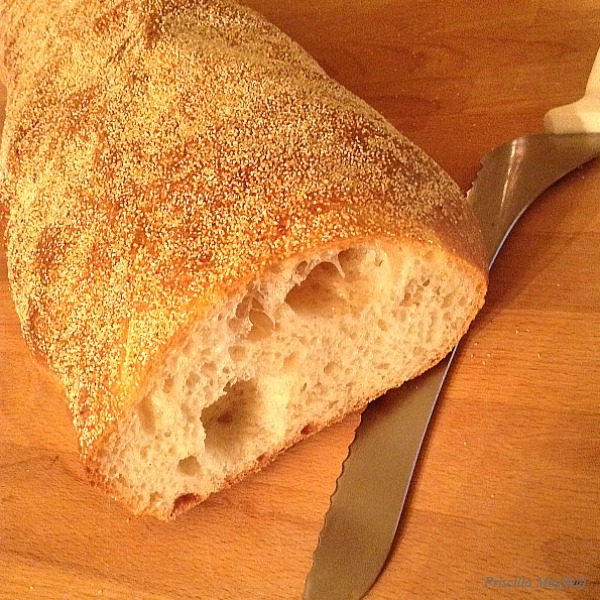 Yesterday I had occasion to visit OC Baking in Orange, HQ of baker-to-the-O.C.-stars Dean Kim. I love catching up with Kim—he’s always got something in the works, bread-wise. Our last meeting was at the Saturday Old Towne Orange Farmers & Artisans Market, where he maintains a retail stall—I was picking up the muffaletta rolls Taps uses for its fabulous version of the New Orleans classic sandwich that I wrote about previously in Taste of Orange County.

At the bakery, Kim gave me a loaf of an unusual new bread to try that he’s been working on for on a couple of months. The crust is thin, very deep gold, and is fabulously flexible and chewy rather than crisp. It’s sprinkled all over with crunchy cornmeal, and has a mildly tangy, developed flavor and angelically light, pillowy interior, thanks to leavening with a 40-hour biga, a starter that’s usually fermented just overnight. Forty hours? “I want to take it as far as it can go,” Kim says, which sounds an awful lot like he’s still tinkering. Anyone tasting it would certainly consider it fully done, though, except for one little thing: It needs a name. Kim says he’ll be rolling it out at the farmers market soon—we’ll see what he’s decided to call it then.