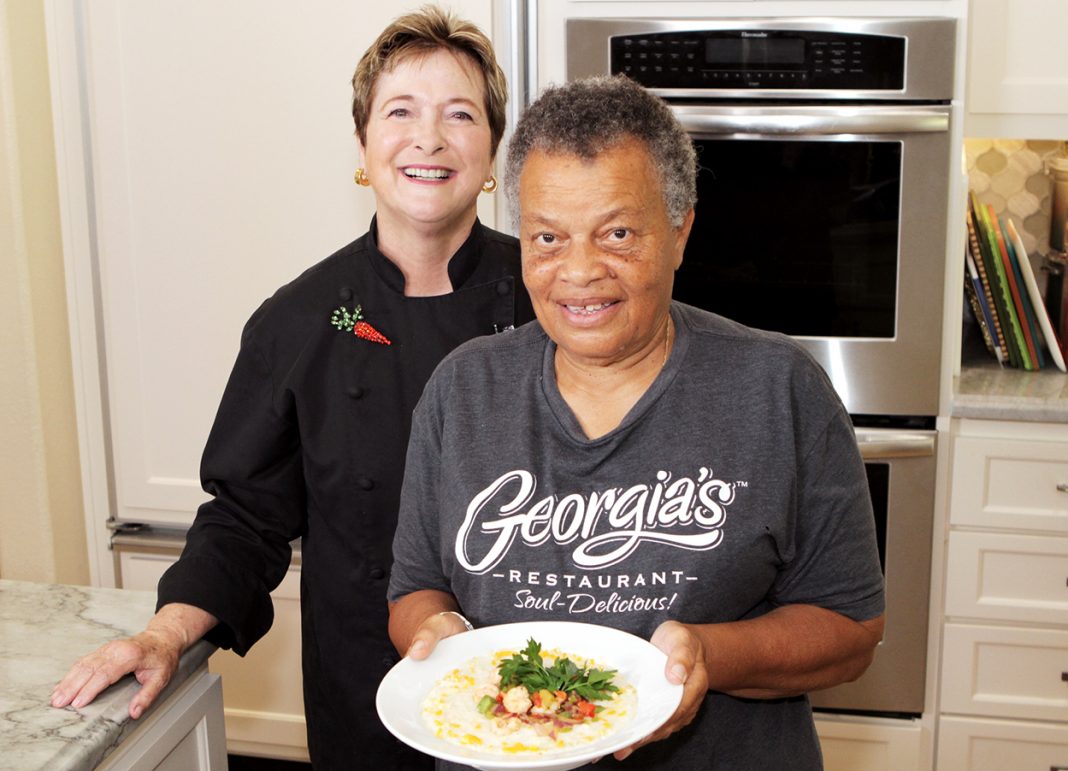 Gretchen Shoemaker, chef-owner of Georgia’s at the Anaheim Packing District, shows off her soul-food seafood grits.

You can taste the love in Gretchen Shoemaker’s dishes. One example is the homey-delicious grits concoction that she serves at her eatery, Georgia’s, in the Anaheim Packing District. When Shoemaker showed me how to prepare grits in my home kitchen, she augmented the steamy bowl of ground corn with shrimp sautéed with red onions and bell peppers, plus a couple of fingerfuls of grated cheese. Oh, and some secret Creole seasoning mix.

It’s a traditional dish in coastal South Carolina and Georgia. But she didn’t grow up in the South. She grew up outside Philadelphia, where the cooking favored potatoes as a side dish, not grits. Generations of the women in her family worked as cooks, jobs she equates to those depicted in the book and movie “The Help.” They were her mentors. She recalls that her grandmother, Lucinda Shippen, knew how to bake bread in a wood oven.

The inspiration for her Southern-style cooking was her Virginia-born late husband, George Shoemaker. They met in seventh grade, an event that she describes was like getting hit with a thunderbolt. Eventually, she learned how to prepare his favorite dishes, all of which had Southern roots, such as chicken and waffles, and jambalaya. It’s the style of Southern fare that she serves at Georgia’s.

Although grits are a traditional soul-food breakfast dish, her version makes a welcome lunch or dinner entree.

The Tag: Her eatery’s name, Georgia’s, combines her husband’s name plus a letter from each of their three daughter’s names.

Midnight Dancing: When The Temptations came on the radio, she and her husband would dance, sometimes in the middle of the night.

Brunch Love: She serves her seafood grits, as well as grits with cheese, on weekends from nine to 11. 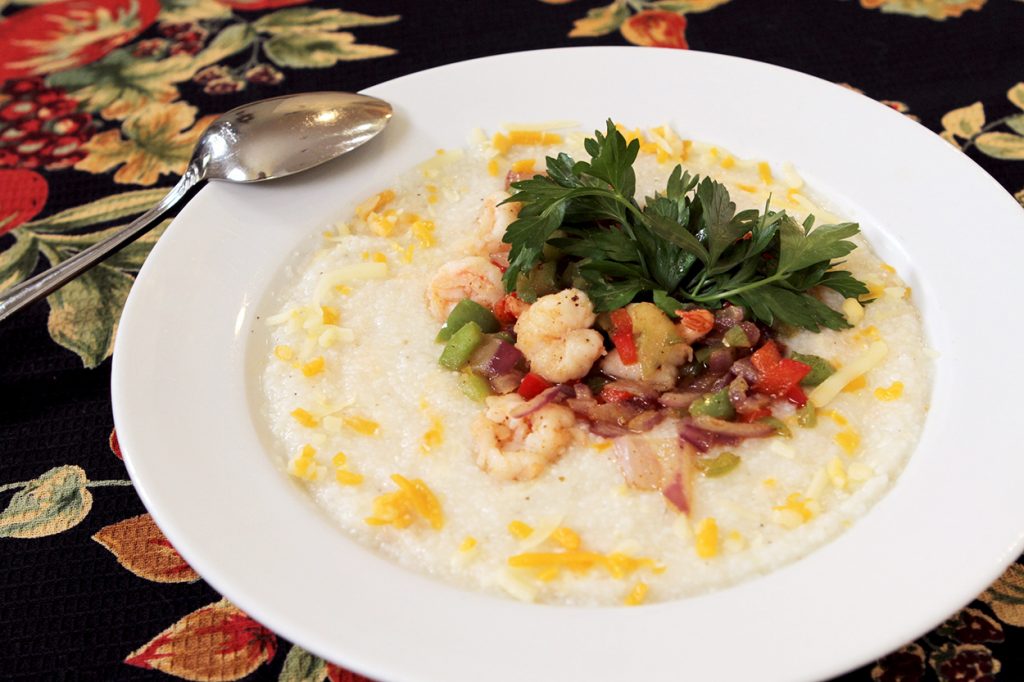